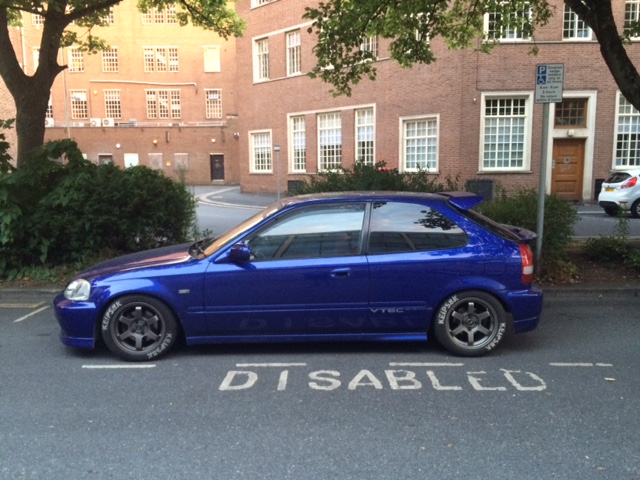 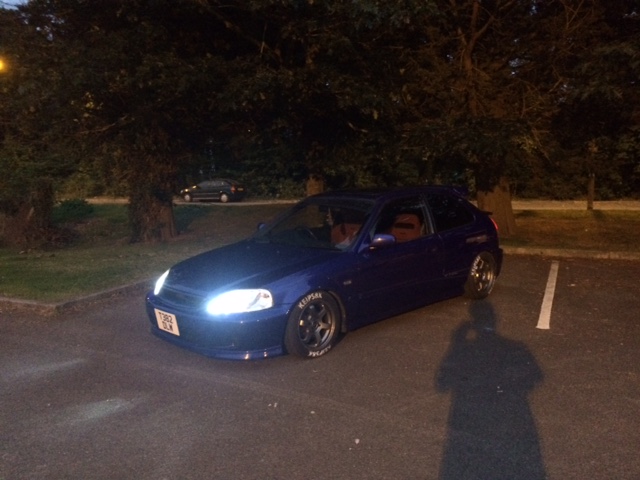 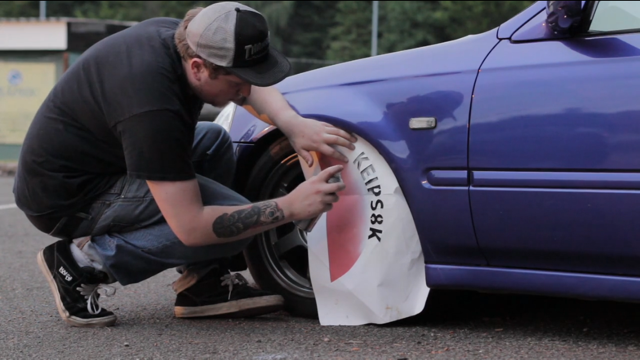 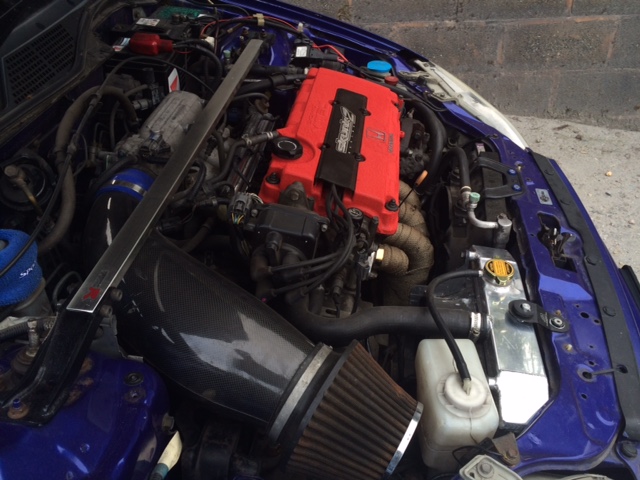 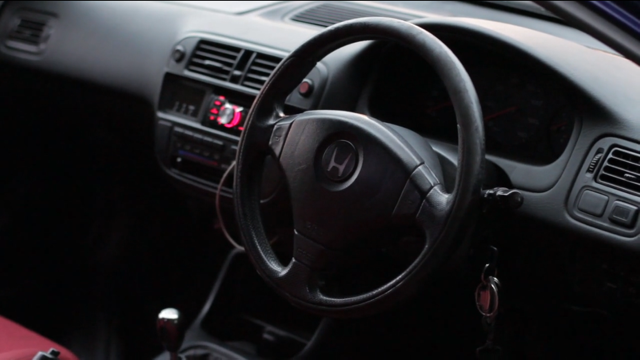 Took my car on a dyno/rolling road! Super happy with the outcome. Car made 172.8bhp! Only went to see if I was going to make stock power so I'm well chuffed.

Check it out here -

Here's also some photos from Retro Rides Gathering 2016 where KEIPS8K had a club stand (my fav. show of the year) and the Dyno Day. 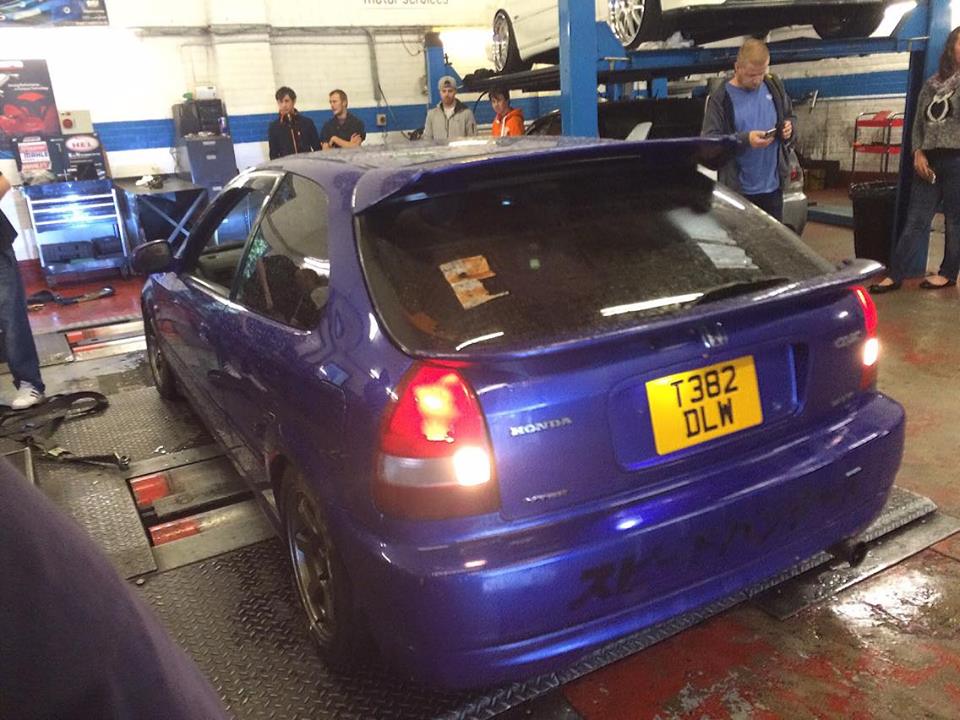 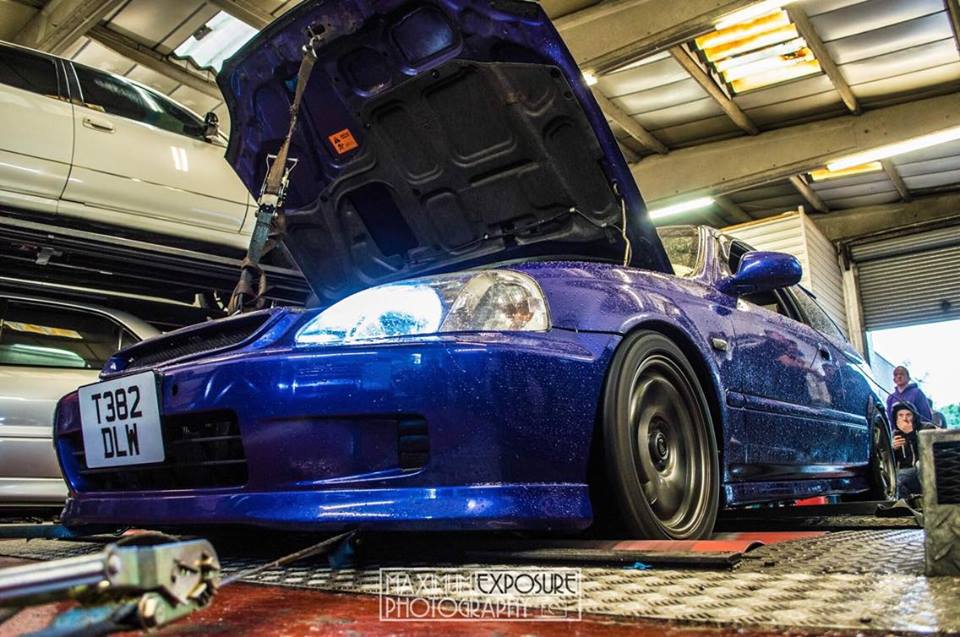 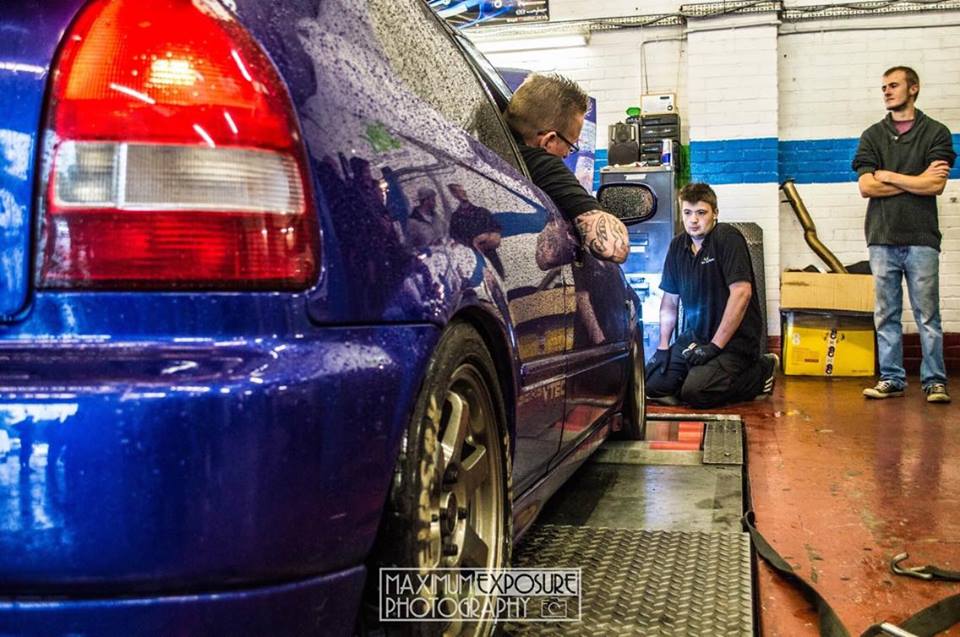 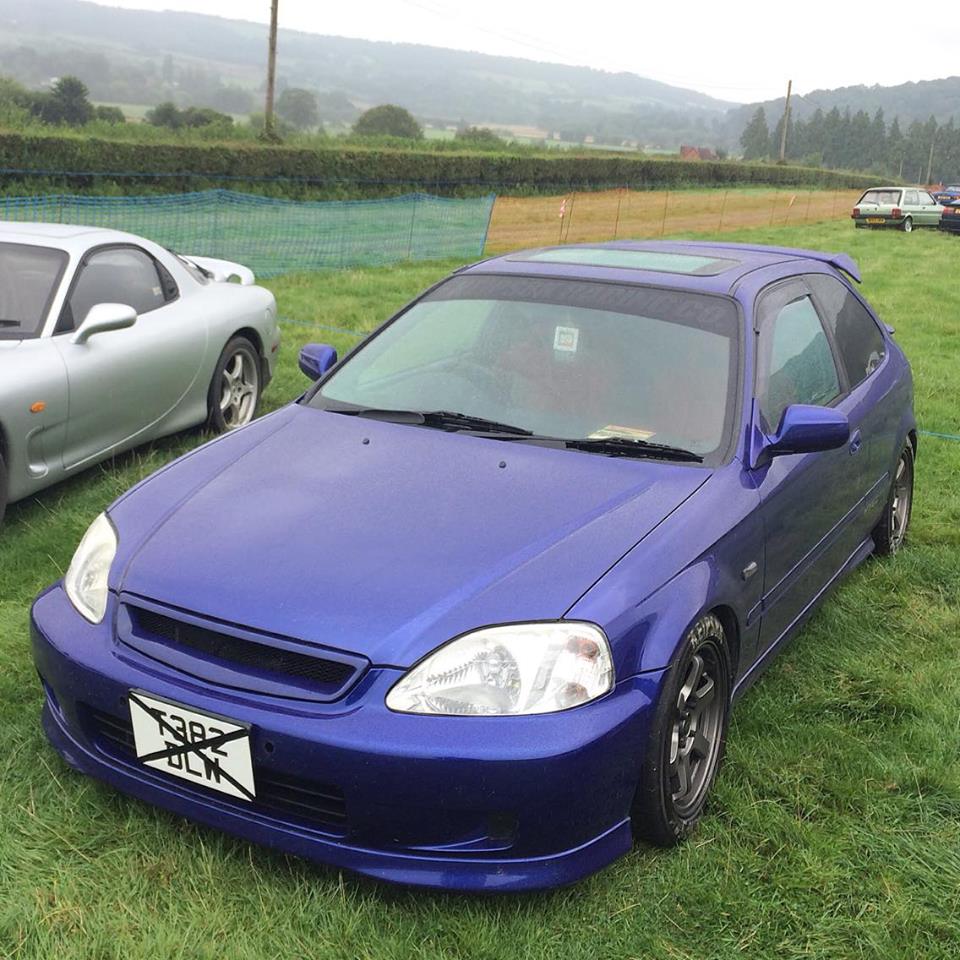 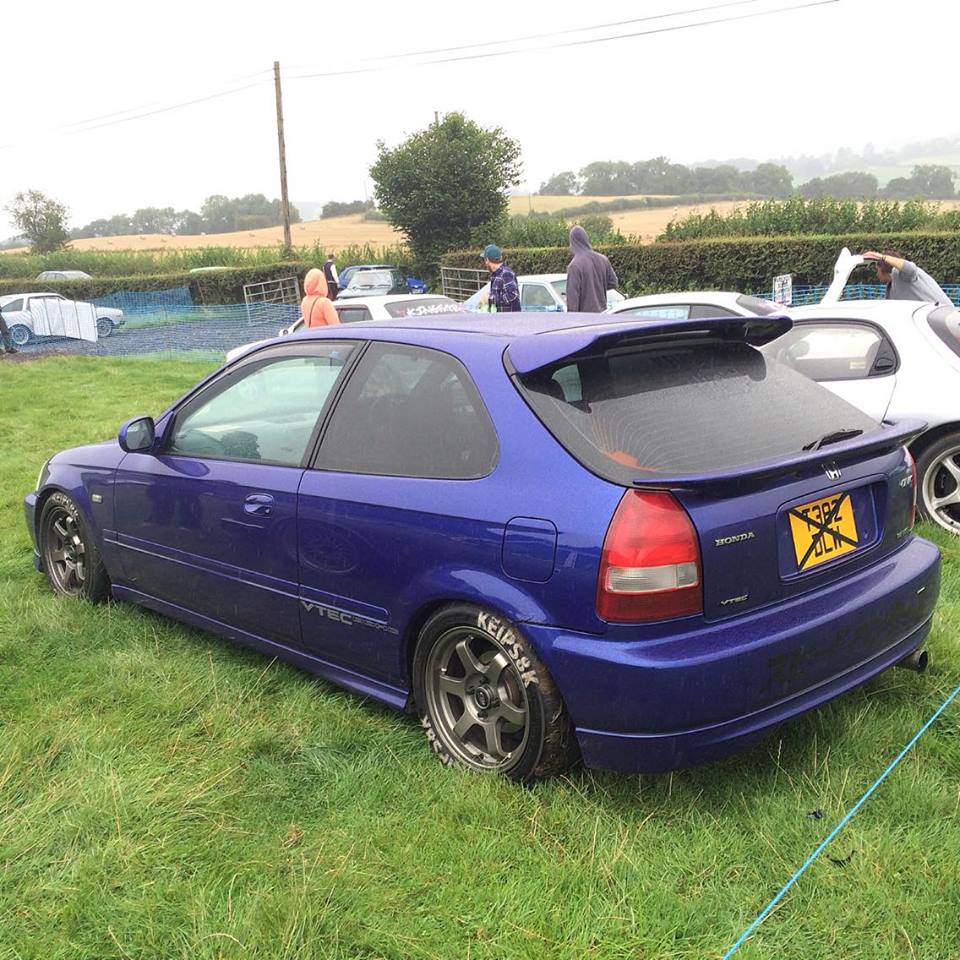 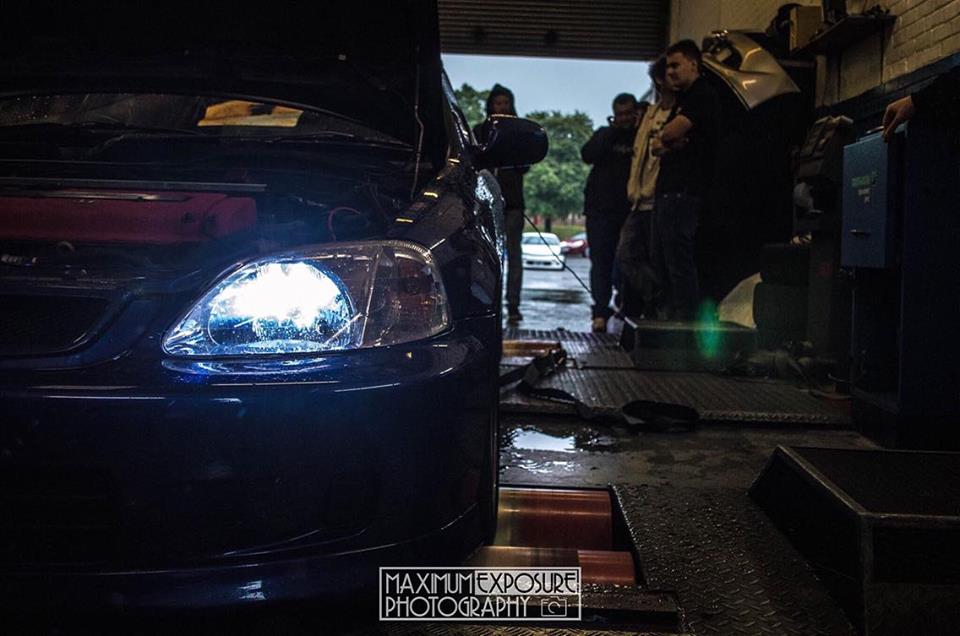 Also, my mate just bought this 1.4 Auto GL EF civic which were just starting to build tonight. It's pretty clean and fun to drive.

It's going for a paint job in the next few weeks once I have done some arch work and welding on one corner and then we're going to source a B16A1 from a CRX VT and engine swap it.

Really excited for this one too! Here's a few pics. 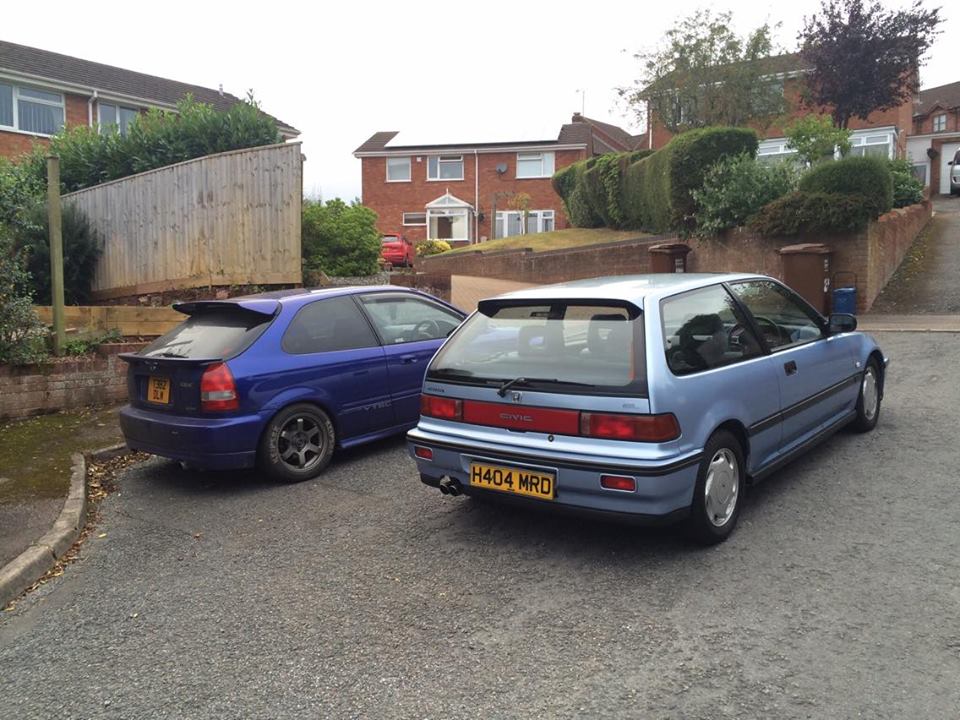 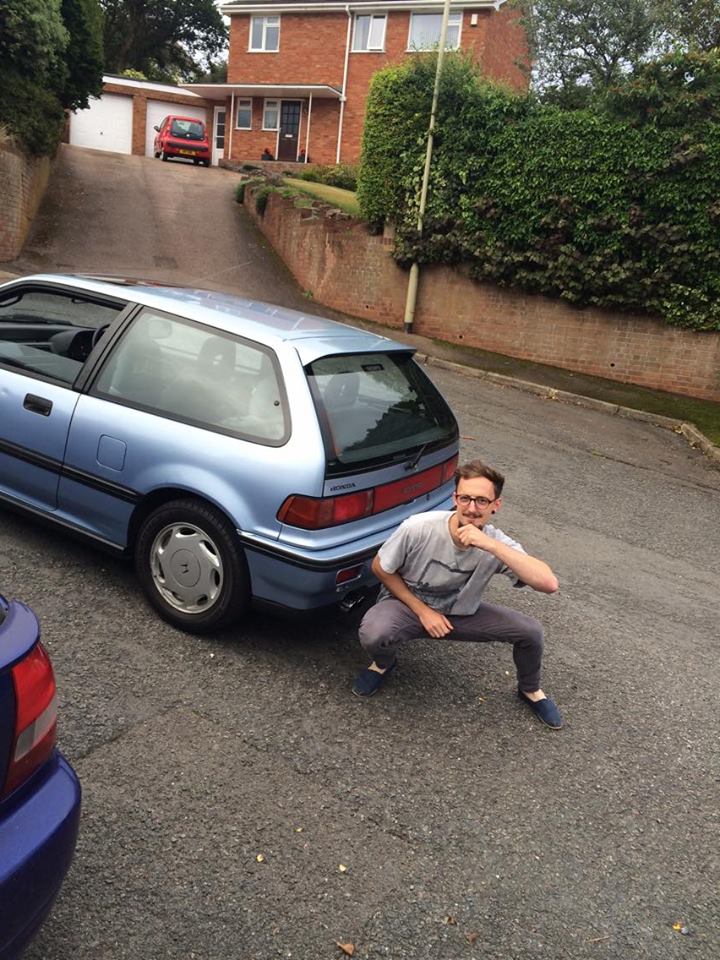 Woah. Didn't realise I hadn't posted in so long! Well, lots has happened since I last posted back in September.

I've spent weeks sorting my barn/garage I have at home, I needed somewhere to store the car and work on. Long story short, the civic is finally home!

Now I've taken the car off of the road, it's finally home. So happy. Money and time is going to be tight for a while as I've got identical twins due in April

I had always planned on keeping this car as original as possible, which I still do, but a lad has just bought the exact same car as me 10 doors up and he's keeping his fairly OEM/stock with some nice mods. There is literally about 5 SSB Facelift EK4's left in the country and 2 in our small little village in Devon haha. So I'm going to just build my car exactly how I want it but making sure most of the mods can be undone if I ever wanted to change my mind. Also, I've learnt my lesson with this before, I am keeping everything stock from this car.

I have LOADS planned for this now, I haven't drove it in 7 weeks and it's killing me, my Audi A4 Avant Estate 1.9 TDI sport is real nice but has no character what-so-ever and is pretty boring to drive. I need that rasp, go-kart, exciting drive back in my life and I miss chasing and out handling BMW and Audi's.

Sorry for the boring post but here's a load of photos since September until most recent (today) where it's all tucked away ready for a rebuild.

So watch this space, plenty is gunna happen!

Engine bay (at the moment). I'm planning on tucking a few bits away and relocating but I want to keep it as practical as possible. 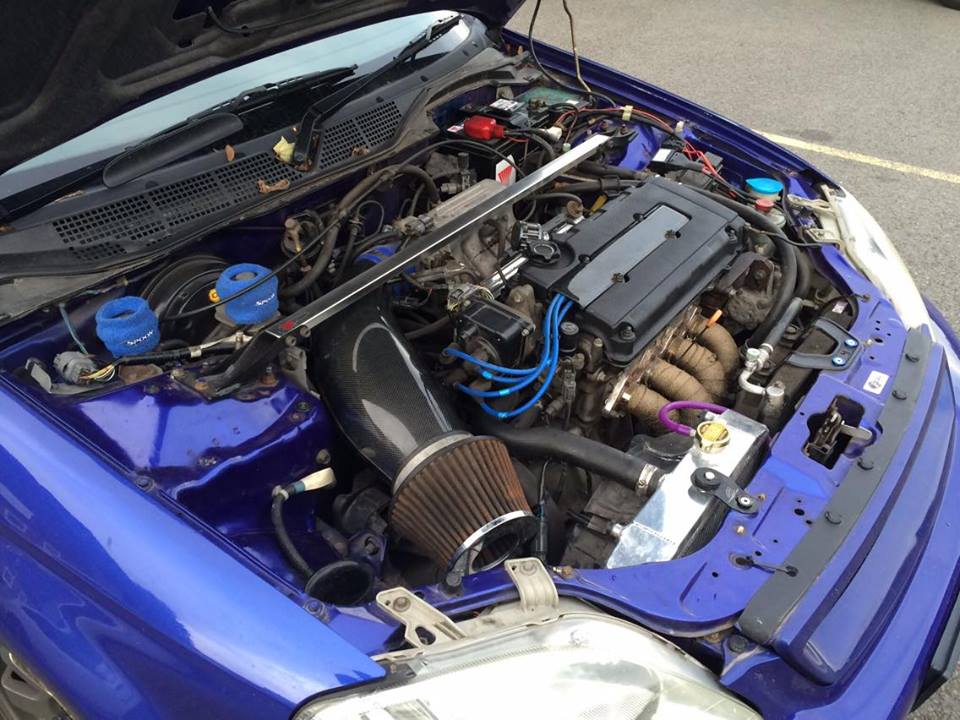 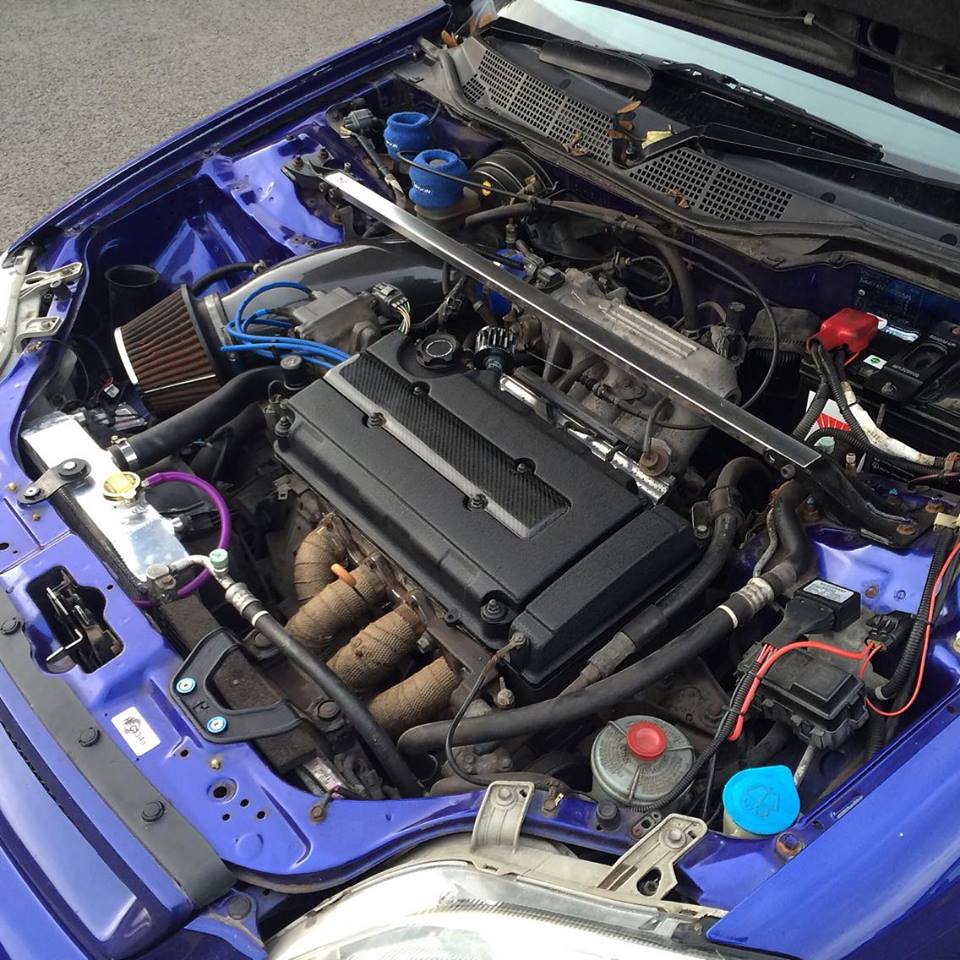 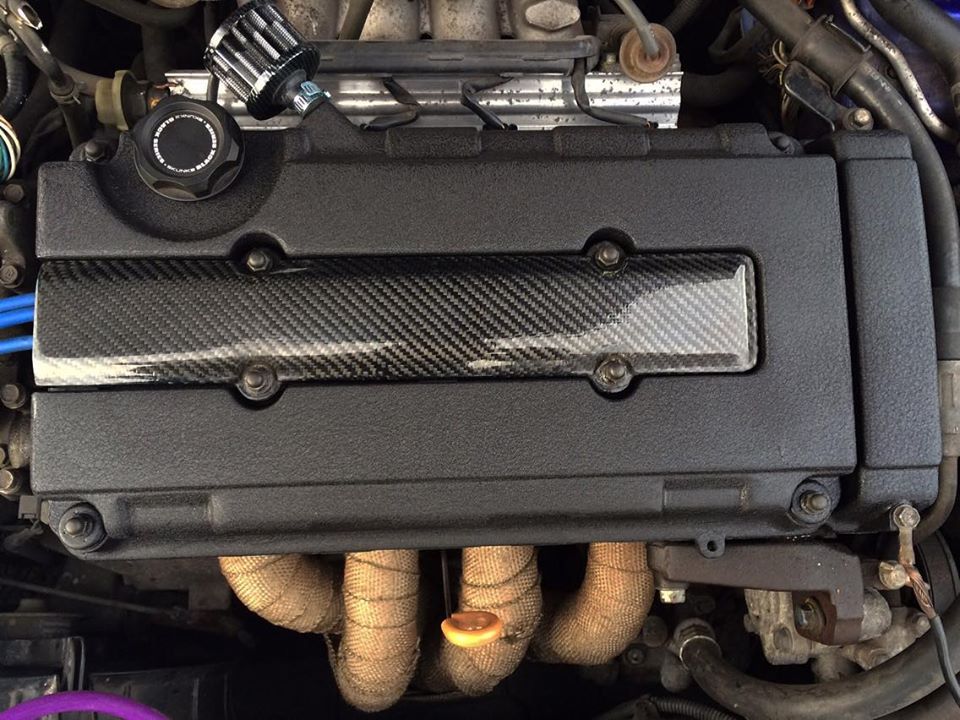 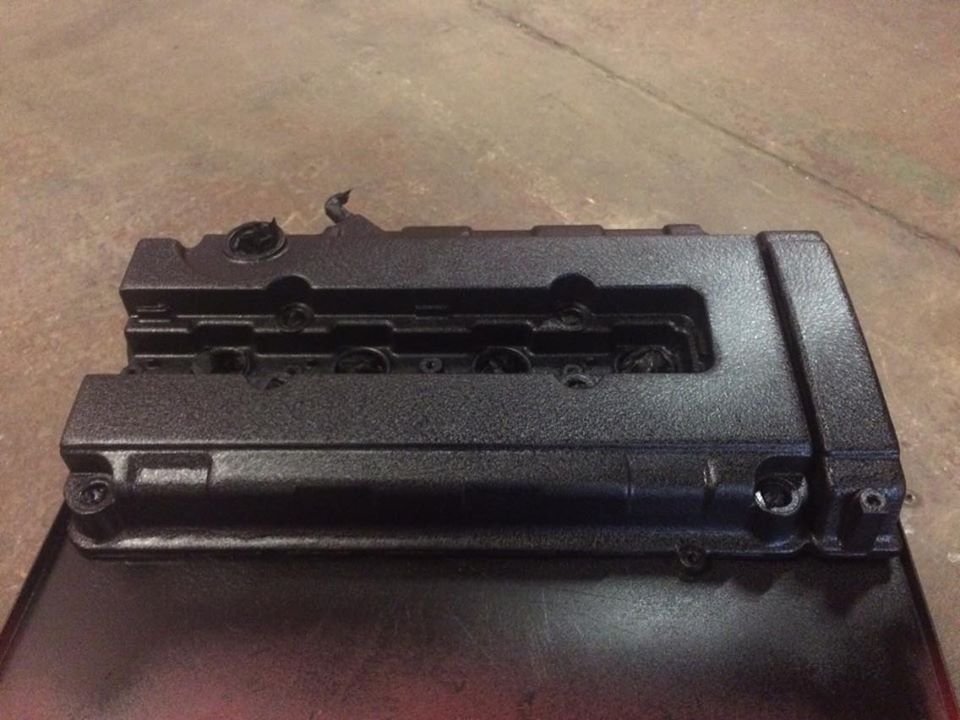 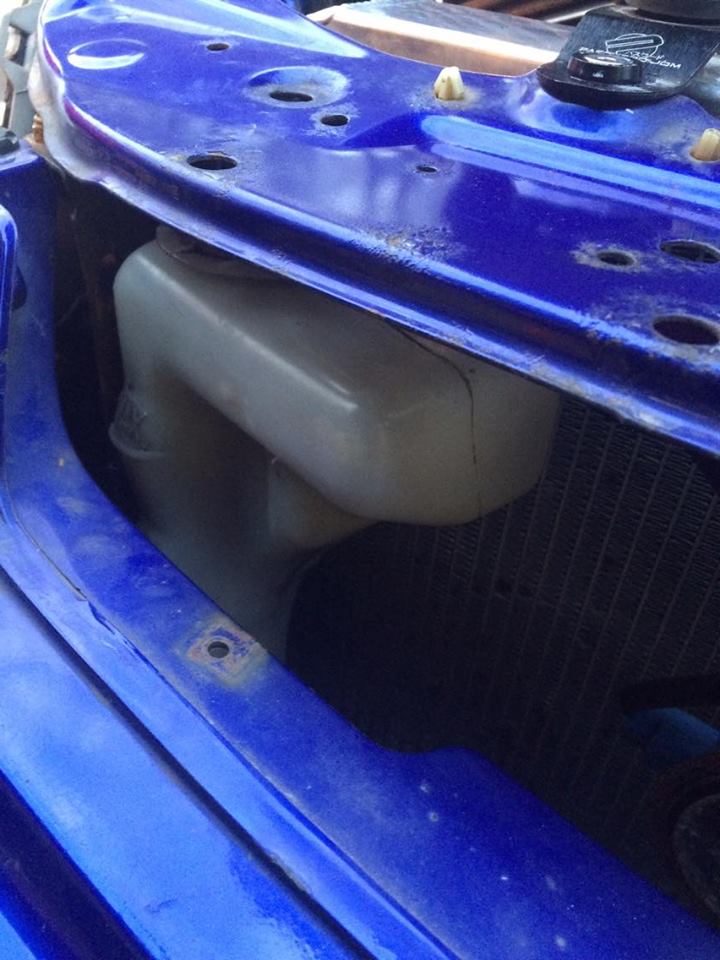 I fitted a rhino lip as I got it for free, it lasted 1 mile. hahaha 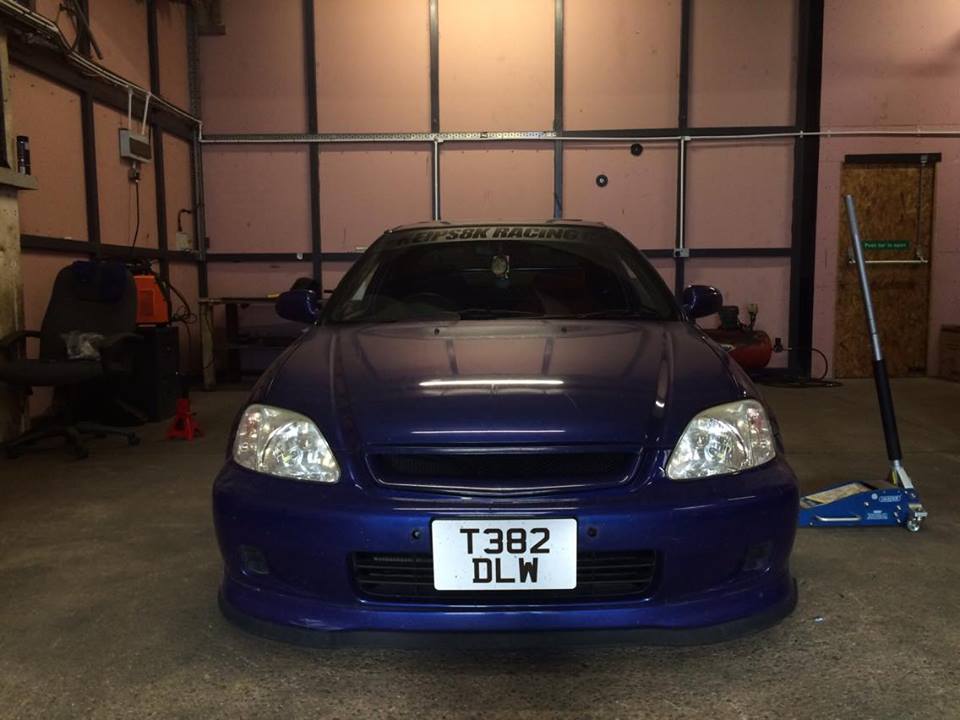 Here's the car FINALLY at home where I can work on it whenever I want knowing its dry, safe and also if I dont get something finished, it doesn't matter
I didn't actually think it was going to fit in the garage as the door is at an odd angle but after a load of shuffling and help from my mate watching me in, it went in easy! I've got about 5-6foot on the sides to work on and about 4foot front and back so it's perfect! 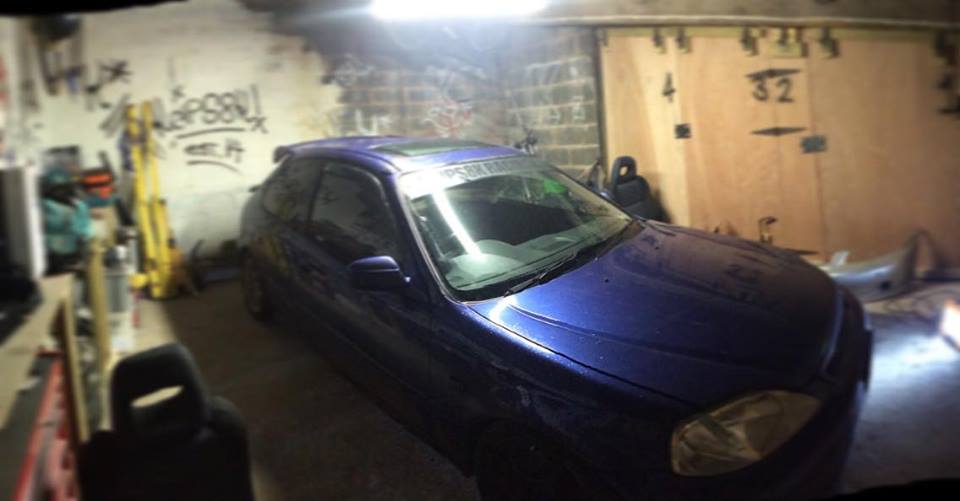 The daily and the EK4! 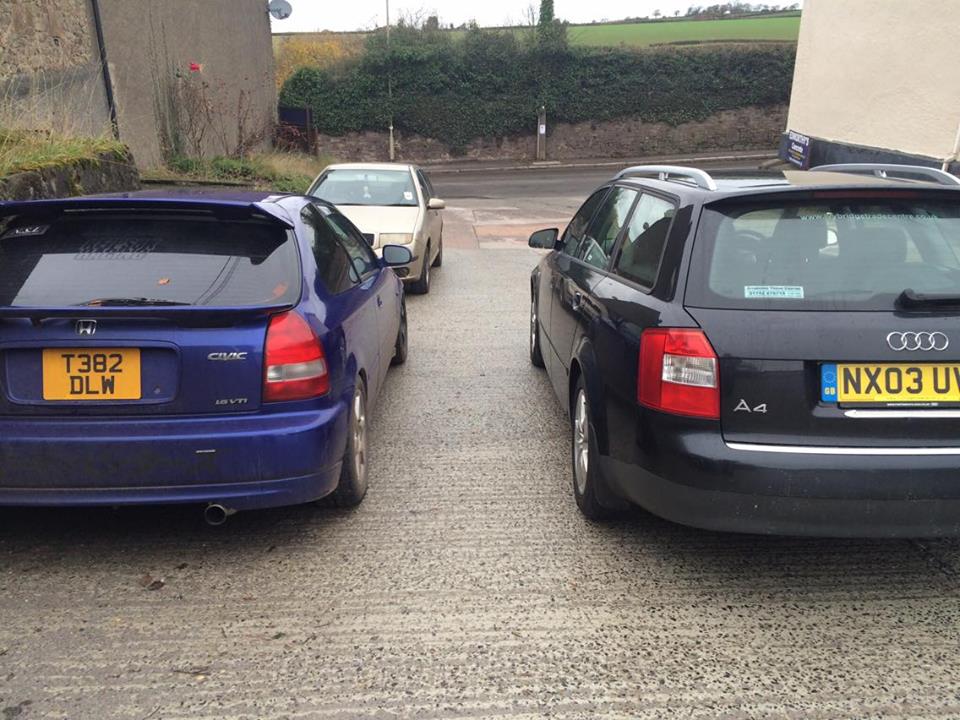 Good idea tidying the bay up but keeping it practical, tucked bays are nice but a bit unnecessary when people go mad with it imo haha

Good idea tidying the bay up but keeping it practical, tucked bays are nice but a bit unnecessary when people go mad with it imo haha
Click to expand...

Yeah man definitely. Because I've got A/C etc the bay looks quite tatty even when it's cleaned but in 2 minds about getting rid tbh. I'm already regretting relocating the rad exp. because I literally can't get to it to fill it up haha.

coreyxpartridge said:
Yeah man definitely. Because I've got A/C etc the bay looks quite tatty even when it's cleaned but in 2 minds about getting rid tbh. I'm already regretting relocating the rad exp. because I literally can't get to it to fill it up haha.
Click to expand...

Tricky one really, if you want to keep the mods reversible as such then don't take it out especially if you use the a/c. Personally I love basic/minimalistic cars but that's me haha