So, here's the car how it was:

Cops didn't like the tilted wing and lifted hood so I put the wing for sale and drove around with the stock wing and carbon fibre hood for a while.

Finally someone wanted to trade the wing for a used genuine Spoon duckbill in bad condition. So I sanded down the Spoon wing and took it to the paint shop for a new layer of clear coat together with my EK9 rear lip which needed new paint.

Too bad they messed up and also painted the carbon wing...

Sold the wing and the carbon hood a few months ago. I have a carbon Type-R wing now but I'm not really convinced on how it looks on my car. Still have a OEM EK9 upper wing so I'll probably get it painted and put it on the carbon base plate soon.

Also sold the Sprint Hart CP's, they were 15" and I couldn't get in and out the garage without scraping. I'm driving around on my winter wheels now, spec98 reps.

DC2 Recaro's are sold to, been replaced by these: 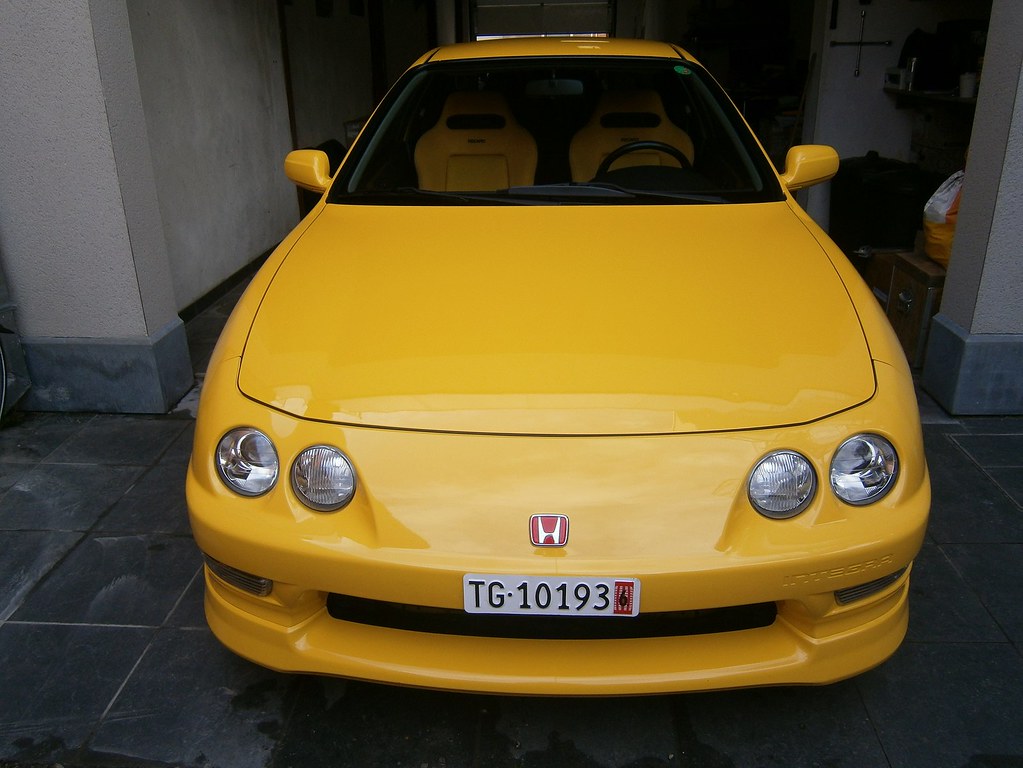 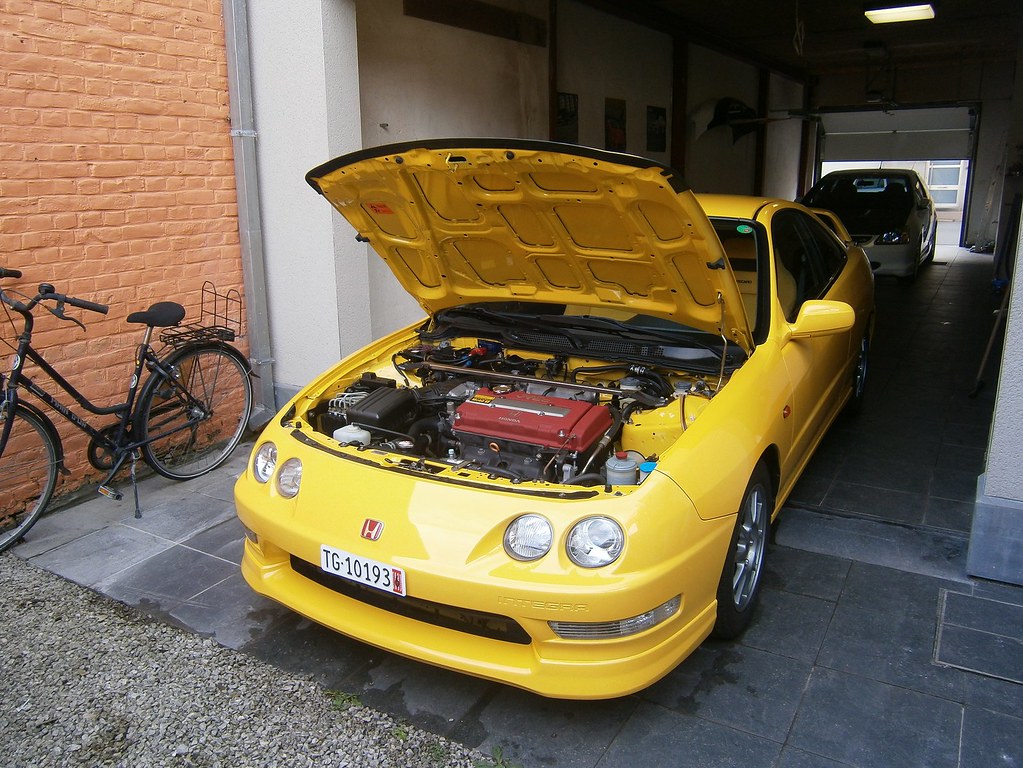 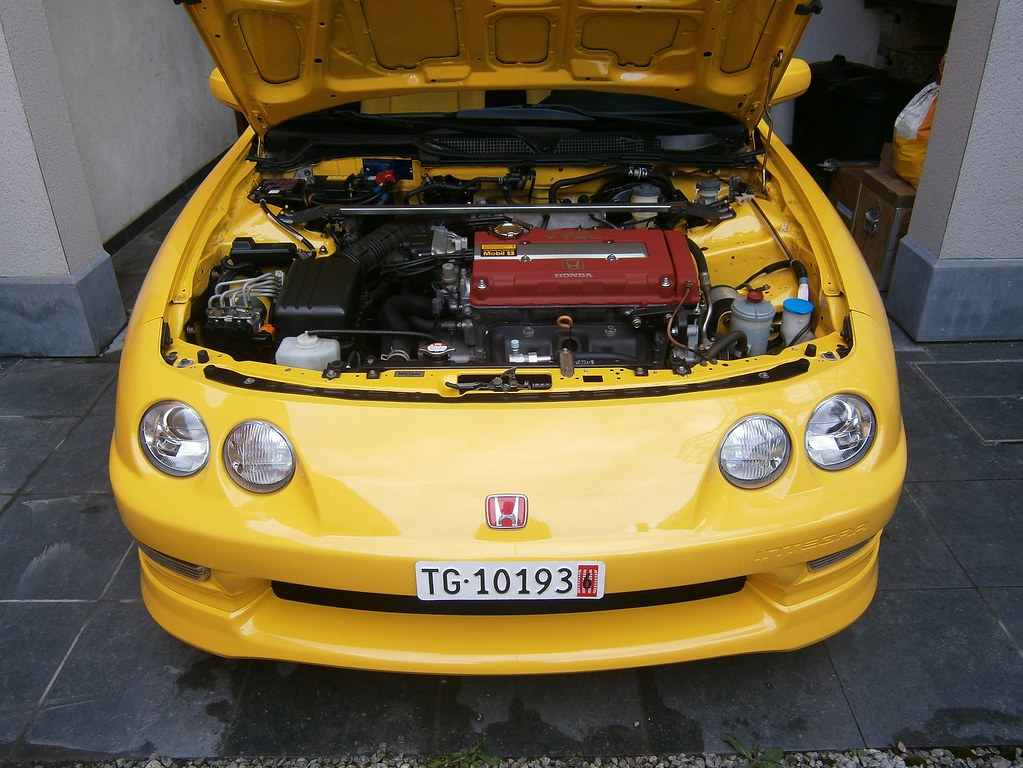 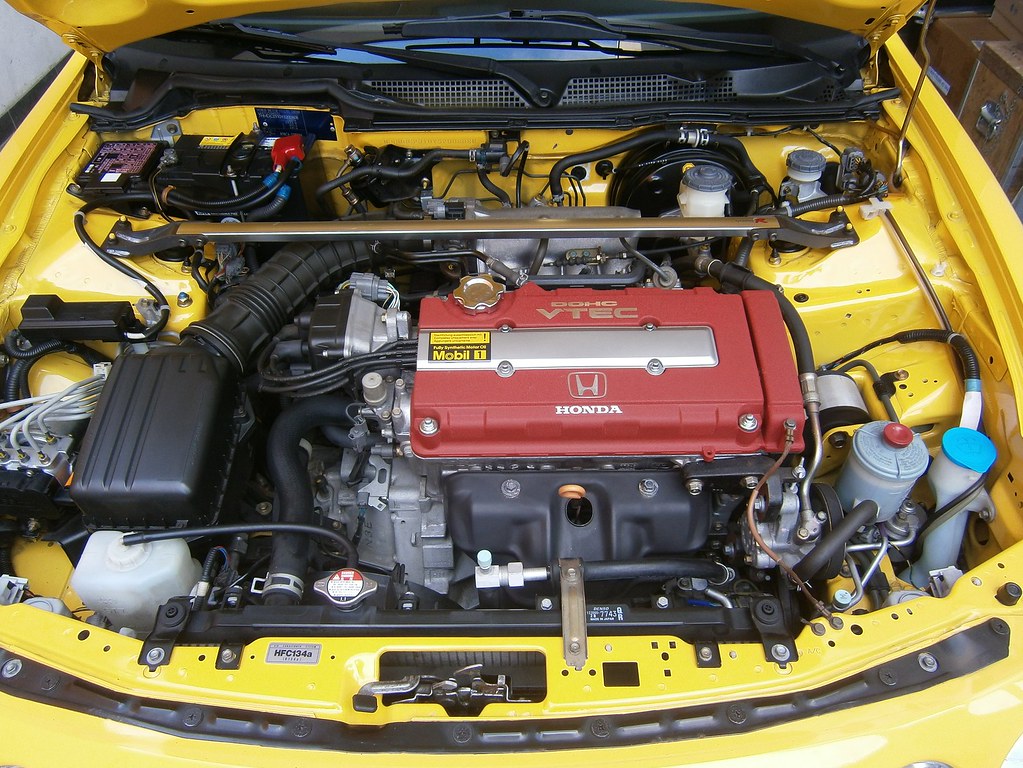 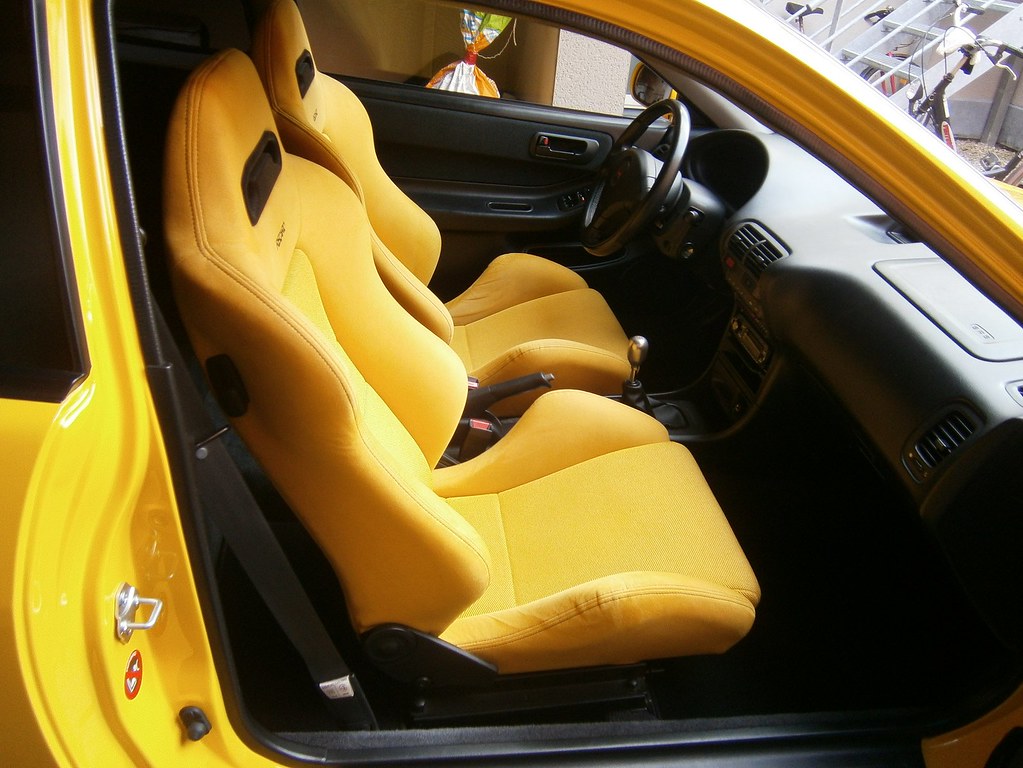 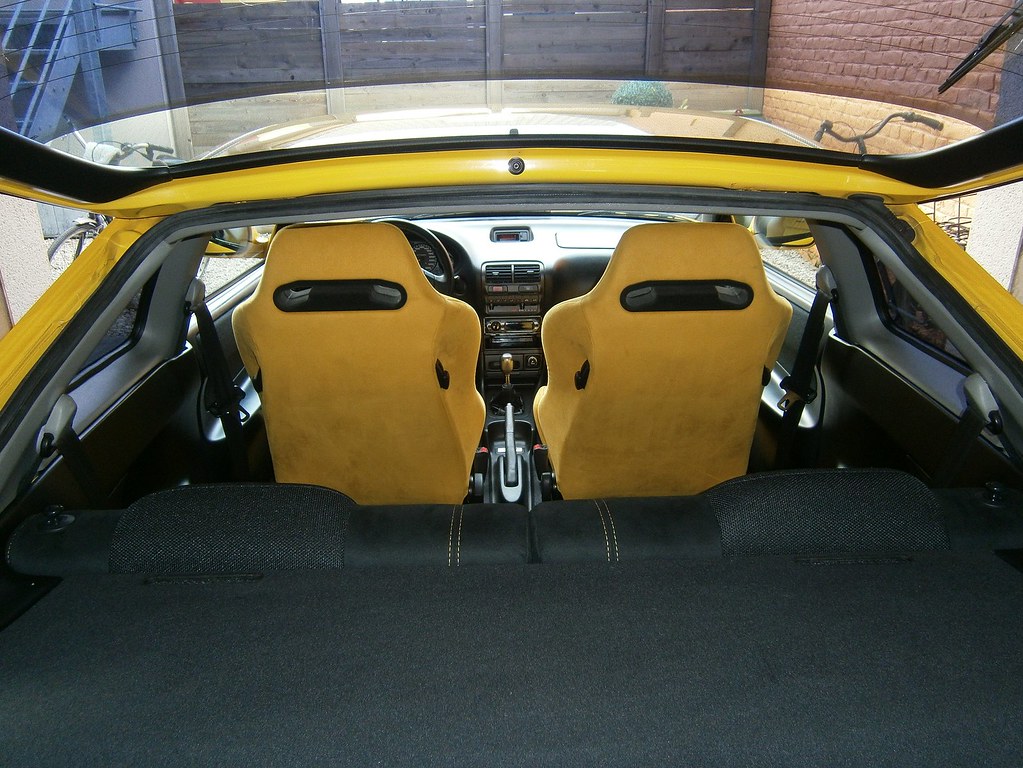 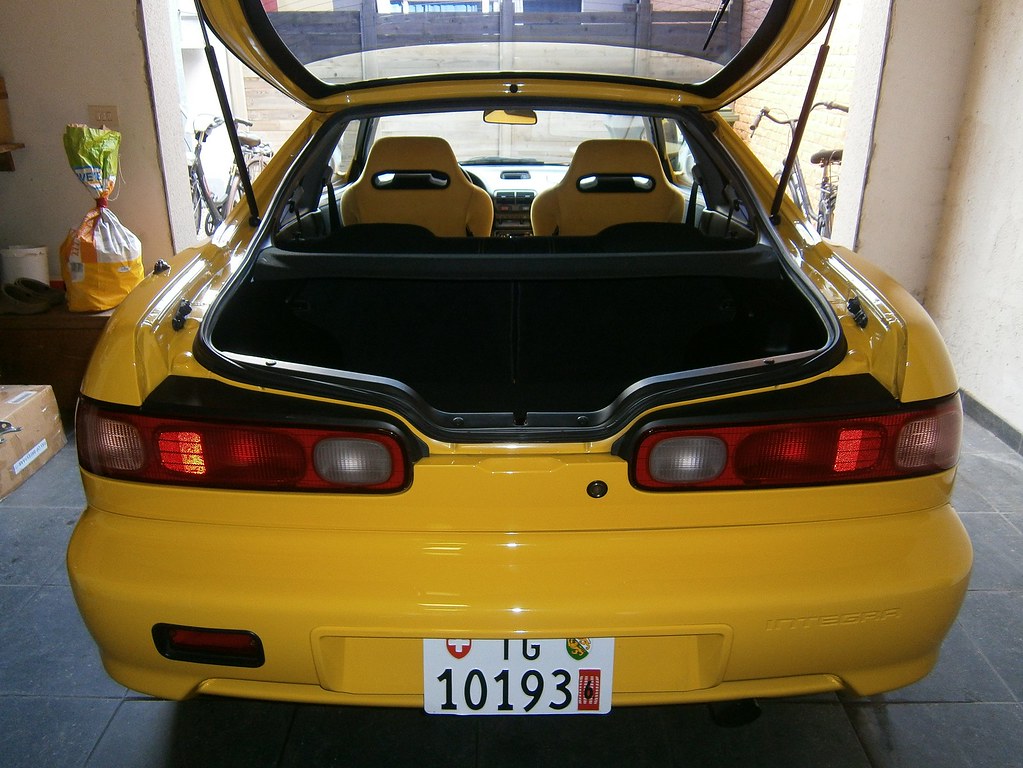 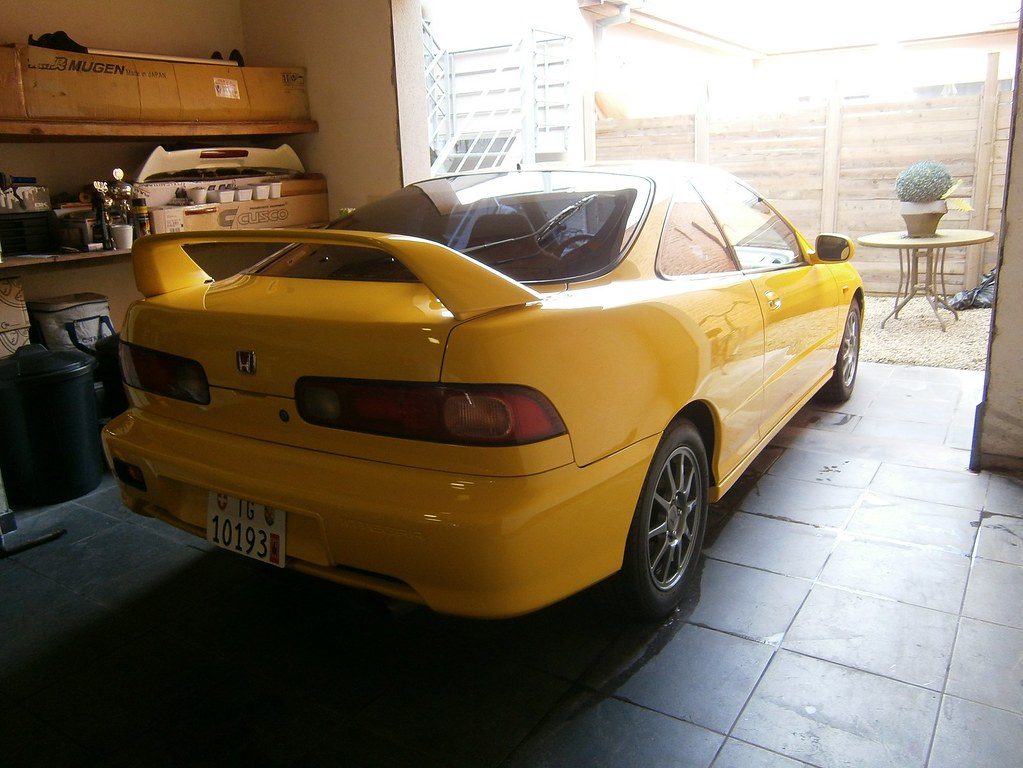 Car looks great, very unique colour and a great spec! Them blue seats are cool as F**k!! Where are you based that cops didnt like the spoiler and hood??!

Loving it, specially the colour! Should have kept the Sprint Hart CP's and just took the ride height up a bit

I live in Belgium. Problem is that a lot of parts have to come with a certificate that says they are approved by tÃ¼v/goca. So JDM/USDM exhausts, seats, seat belts and suspension aren't allowed here. Carbon is forbidden by law, so are after market tie bars, lca's, sway bars, front tow hooks, diffusers, tilted wings, lifted hoods, sports mirrors (except M3 style ****), rollcages (rollbar is allowed), engine swaps, turbo on a non-turbo car, etc etc...

It's a real pain in the ass to get my car through the annual inspection. I also have to lift it sky high because we need to have 11,5 cm under clearance.

Nice looking Ek bud , wasnt sure about the colour when i read it but looks cracking ...

As for the laws in belgium really suck dude , just shows how much dedication to your car having to put up with all that .

General said:
Loving it, specially the colour! Should have kept the Sprint Hart CP's and just took the ride height up a bit
Click to expand...

If they were 16" I would've never sold them. Time for a change, I'll probably buy some nice wheels again next year. Used to have Rega's to before I bought the Sprint Harts.

wishy said:
Nice looking Ek bud , wasnt sure about the colour when i read it but looks cracking ...

As for the laws in belgium really suck dude , just shows how much dedication to your car having to put up with all that .
Click to expand...

Thanks! Color is hate it or love it I guess, not everyone likes it but most people tell me it's nice. And it never looks dirty since it's already a dirt like color

Nice car dude, it's good to see something different, have you got ant more engine pics?

im not sure if i like the color or not. overall the car looks really. more pictures of the engine bay please
R

I stayed in Belgium for a while, all be it when I was about 4 years old and only for like 4-5 months haha

x2, i love it man, very different which is what you want

looked savage on the harts and fair play doing all the work with the harsh laws your country has !

Damm they are tight in belgium... and i thought we were the nanny state...

got any more pics of the engine bay it looks so flush and clean in there...

Thanks for all the kind words.
Here's another shot of how the engine bay was: