Well i've been on the forum for about 8 months now but haven't posted up my car yet, even though i've owned it for 6 months.

I'll try and keep it short;
-Bought with 83k miles, now on 87k
-FHSH
-Slight rust on rear arches, i've since gotten rid of as much of it as i could and sealed up the arches and boot from the inside and have sealed the slits that let water in. Thanks for them Honda!
-Completely original when i bought it
As of now;
- Tegiwa Powerchamber intake with a heatshield and cold air feed (still need to improve the feed but it's better than nothing)
-Skunk2 Megapower catback (Fitting Tegiwa adjustable decat tomorrow evening)
-SuperPro front & rear ARB bushes
-USDM Indicator lenses
-Phillips Bluevision dipped and sidelights
-A number of Spoon bits in the bay

And general maintenance like new stickers, front H badge, took off the HONDA badge off the back (not the red H don't worry!), fresh plates and just a few little things to make it mine.

The day i bought her 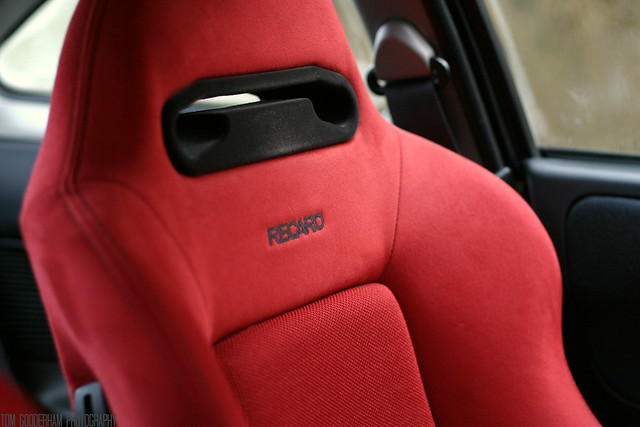 Then a few pics of some work that's been done
Rust By no means is it now sorted, but it's at least slowed it down a little from eating through the entire car so quickly If you made it this far, thanks for reading!

Looks pretty good from the outside and engine bay, and quite low mileage for a UK model,

Real shame about that rust though. A good cavity wax will help keep it at bay inside the sills/arches better than undersealing will, (assuming that's what you've used?)

Looks tidy for a UK spec, had to have the rear arches done on mine, I would get it done before it gets to bad, also cheaper to.

Thanks for the comments!

The plan is to get a few other things sorted first, coilovers, rebush more of the suspension, 2.5'' manifold, then I'll commit and get new arches welded in

Think she's gonna be a keeper so want to look after her!

Loving the rear shot with the Skunk2 exhaust! Ace!
Is it loud?

halszaj said:
Loving the rear shot with the Skunk2 exhaust! Ace!
Is it loud?
Click to expand...

Yeah it's not quiet, resonated a bit too much before decatting, but now the cat is out it sounds awesome!

Looks clean from the outside. What's the rust like?

I too am a Tom and recently bought my first Type R.

What did you use to treat the rust?

halszaj said:
What did you use to treat the rust?
Click to expand...

Started with a wire drill bit to get as much surface rust off as possible, then left hammerite rust remover gel on over night. Rinsed that off and dried it all up then lathered on two coats of waxoyl underbody seal.
Not perfect but will hopefully slow it in its tracks a little while I save to get them cut out and new ones welded in

Tom B. said:
Looks clean from the outside. What's the rust like?

I too am a Tom and recently bought my first Type R.

The drivers side was bad and is showing through a little, but the offside isn't bad at all. Will be sorted in the near future though

I would suggest looking at Bilt Hamber products for future rust endeavors... Top rated stuff!
You might end up needing a lot less chopped and welded than expected...

Bit of an update;
Finally upgraded (if you'd agree) the suspension setup, with MeisterR Zeta-S's. The drop is about 33mm front and 37mm back which is great, but i'm going to raise the rear up about 10mm to even out the arch gap as the rear is still a bit lower than the front (like it was before). Also the resonator in the b-pipe hangs low on the Skunk2 catback i've got, so i'm scraping over certain speed bumps and mounds in the road which is frustrating. So hopefully in raising the rear, that should give me a bit more clearance. Plus i'm not really about that slammed car life so i want to sort that. Function > Form

Apart from that, the coilovers seem great! Sweet ride quality, not harsh in my opinion when on reasonable damping settings. Now to figure out the right setup for my driving style, between comfort and performance. I did turn them up to the stiffest settings for a quick blast the other day, dear lord it was fun! Absolute Go Kart 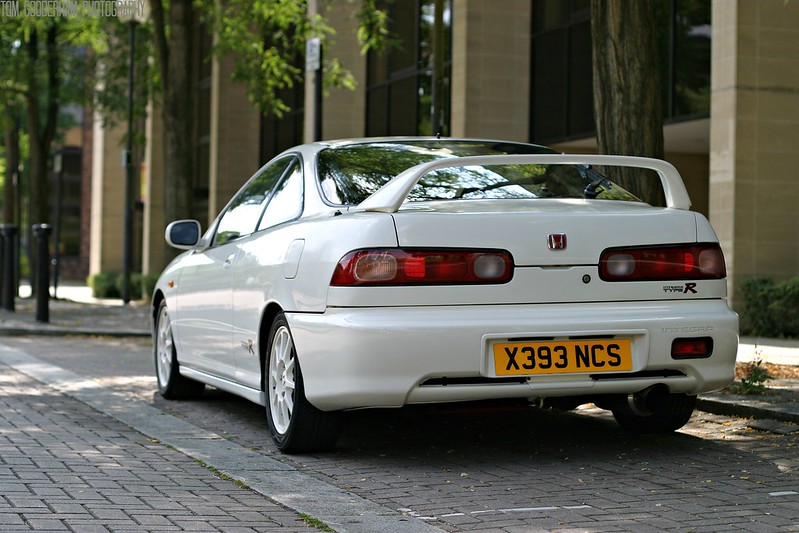 As you can see the rear looks great, i'd just rather have a bit higher for convenience, looks and possibly performance reasons.

Looks great. The UK specs have been growing on me more and more. Top work.

Nice example. Always been a fan of UK tegs.

Well it's been a few months so thought i'd update, even though nothing major has happened;

-Was in at Honda this week;
Service, valve clearances checked/adjusted and abs sensor fitted. One bill and stamp in the service book later, and she's done for another year/8k miles or so.
(Nice to have ABS back in time for winter, mind! )

-MeisterR's have been on for 3000 miles and I'm impressed. Got nothing to compare it to other than being in other peoples sporty cars like M5/MCS/DC5/Z4's etc, but the ride quality and adjustability is awesome. Usually have it on 24fr 22r, but that was in summer/autumn when i'm bound to go out for a burn every few days. Now it's winter they're down to 6fr 2r. So comfortable haha! Even on these settings there isn't too much body roll, just not as responsive or sharp.

-Rear has been raised 6mm or so as was too low for my liking and had some negative rake as can be seen on the last posted pics.

-Also got a refurbed rocker cover put on at the same time as the service, along with a new full gasket set for the cover. As well as a few other bits to tidy up the bay (not bae).
(Shout out to Paul at Spooner Restorations for great customer service and product, well impressed!)

-Fresh AD08R's on the front at the start of the month after the Michelin PS3's were on the way out. Lasted 9k miles. Great all weather tyre, but gave up sometimes in the dry when pushed. If the AD08's on the back are anything to go by, the AD08R's should outperform the PS3's in the dry. They aren't exactly confidence inspiring in the wet though :?

-Finally sorted out a makeshift cold air feed for the short ram intake, not perfect but it's something. Standard flexi-piping from the front grille up to the filter. It'll do for now anyway, attempting to make an enclosed airbox for the end of the intake as part of a project at college. If not, i'm thinking of mugen or OEM airbox next year sometime.

-UKDM indicator lenses back in, liking the OEM UK look again, though I'm sure the amber's will be back in sometime next year maybe.

Past that, I'm just trying to keep her clean and well maintained. 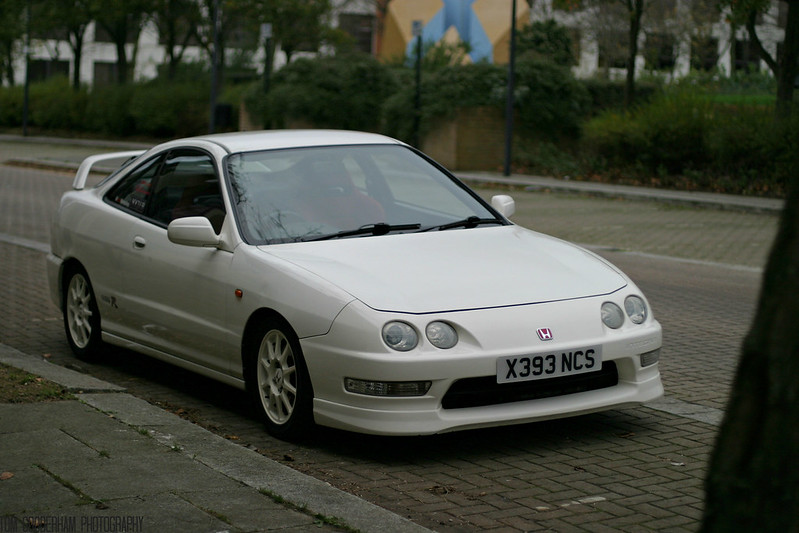 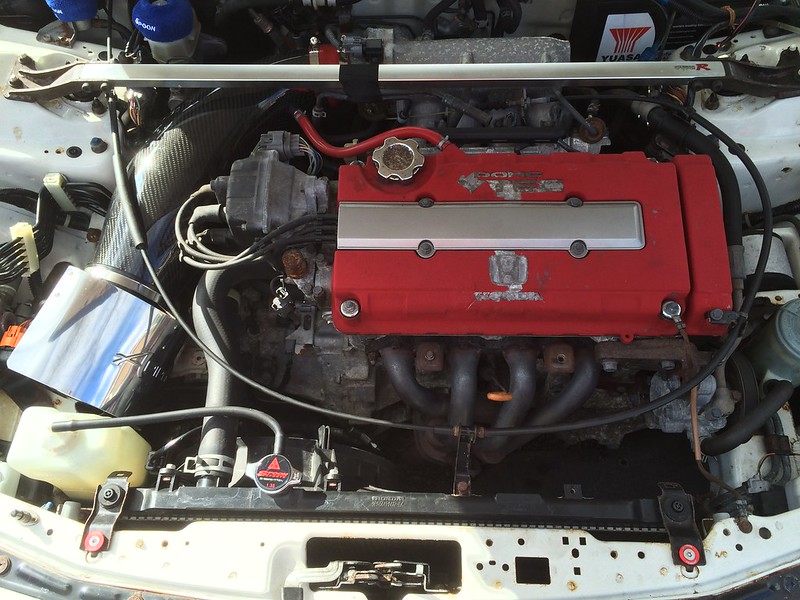 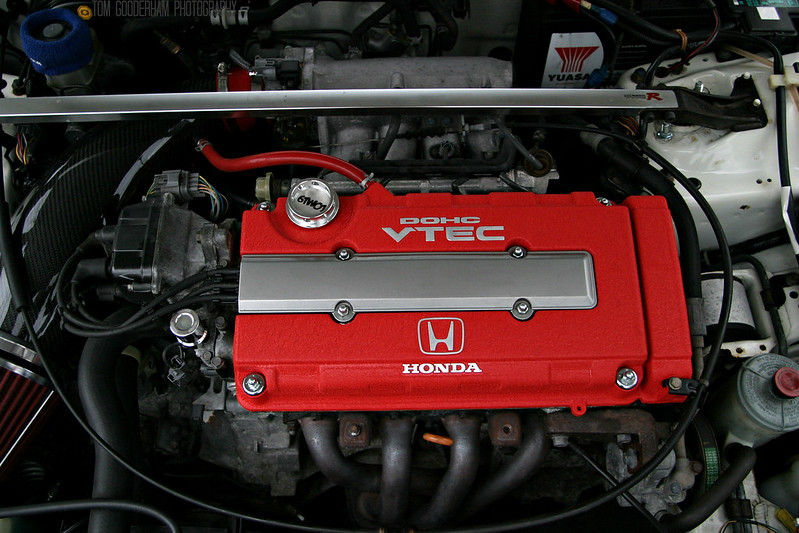 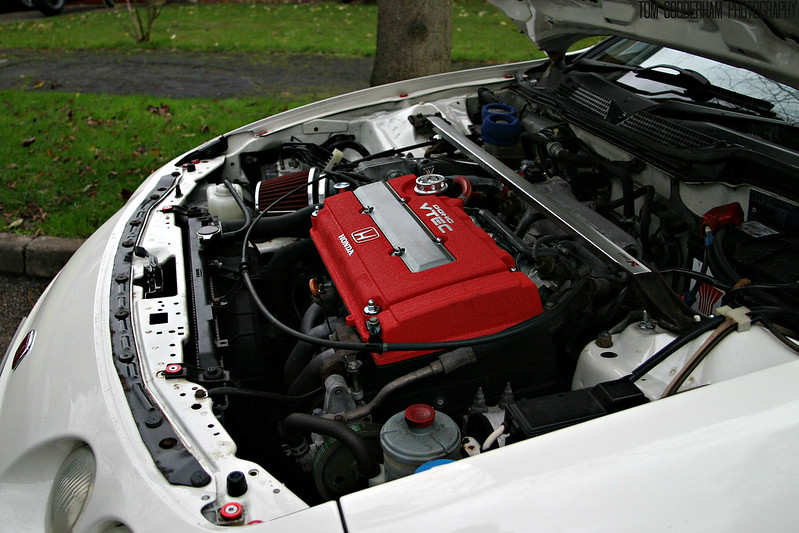 I have since taken off the heatshield in this picture. No real reason, just didn't want it on anymore

Thanks for reading
Tom

Are you selling integra?

Makings of a good one.

I'd defo look at going either OEM or Mugen/Tegiwa copy with the airbox. Never ever been a fan of open filters. Lots of noise/heatsoak & normally a dreadful flatspot somewhere in the rev range.

I had a Mugen CAI on my last ITR & it sounded ace/made gains everywhere as a simple bolt on...unbeatable

Apart from that I'd suggest a bit of an engine bay detail/refresh- fresh bolts to replace corroded items, paint the VTEC solenoid in a matt black & fit a manifold cover maybe