After a full set of OEM seatbelts, complete with all bolts, buckles and fittings.

I did have mine from when I stripped the car years ago but can’t find them for the life of me. Have a feeling they got mixed in with other things and thrown out sadly. So now I’m on the hunt.

Found a set in the USA, case closed!

DBMatt said:
Found a set in the USA, case closed!

how much you end up paying if you dont mind me asking?

spikeyhairdude said:
how much you end up paying if you dont mind me asking?
Click to expand...

300USD shipped, steep but they’re so tough to get hold of now and I had no other choice really. There was a UK guy who “claimed” to have some and was asking £250 plus shipping but provided no evidence of the item, steered clear...

Whats different between these and any other EK / EJ civic? they look exactly the same

civicx3 said:
Whats different between these and any other EK / EJ civic? they look exactly the same
Click to expand...

They’re not the same trust me. Non EK9 belts have a slider bar where the belt tethers, held on to the chassis by 2 bolts and the belt is wrapped around it. EK9 bolt with a single bolt at a fixed point, no slider. Also EK9 only has 4 seats, no rear middle seat like EK/EJ, their belt sets also come with different buckles and a lap belt.

Plus EK9 belts and buckles/fittings are all grey, where a lot of other EK/EJ are black so that’s different too.

Pics below to explain, sliders circled in red on the non EK9 belts. 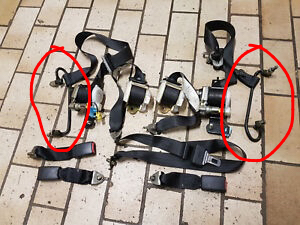 The same part of the EK9 belts circled with single bolt fixing, no slider. 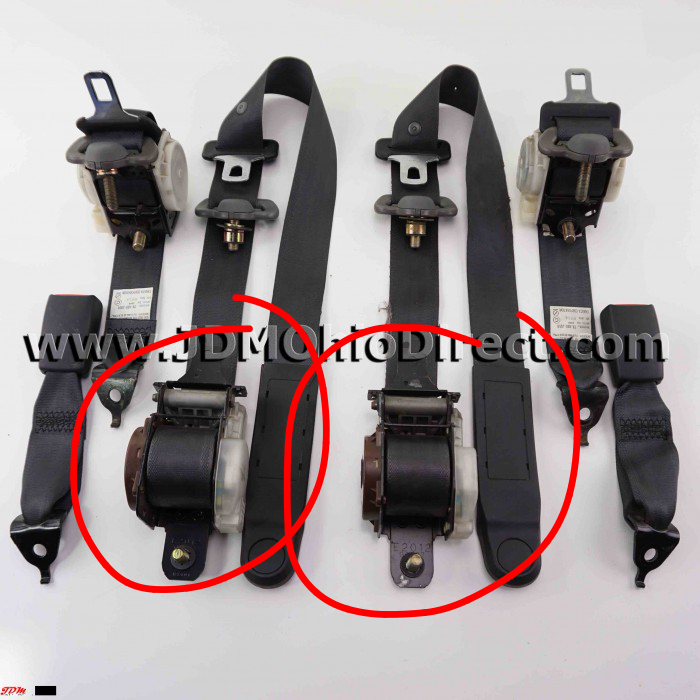 An interesting difference. I expect its just down to the unwanted weight of the slider bar - probably 400g per side.

It does look better without a slider bar

JohnTurbo said:
An interesting difference. I expect its just down to the unwanted weight of the slider bar - probably 400g per side.
Click to expand...

civicx3 said:
i see, same on a SiR EG

It does look better without a slider bar

Yeah I would imagine weight loss as well as improved aesthetics were in mind. But yeah, I’ve done my research into these seatbelts trust me

I soon realised I couldn’t just buy any old EK belts and had to be specific EK9. But all sorted now anyway. Just a shame I lost mine in the first place