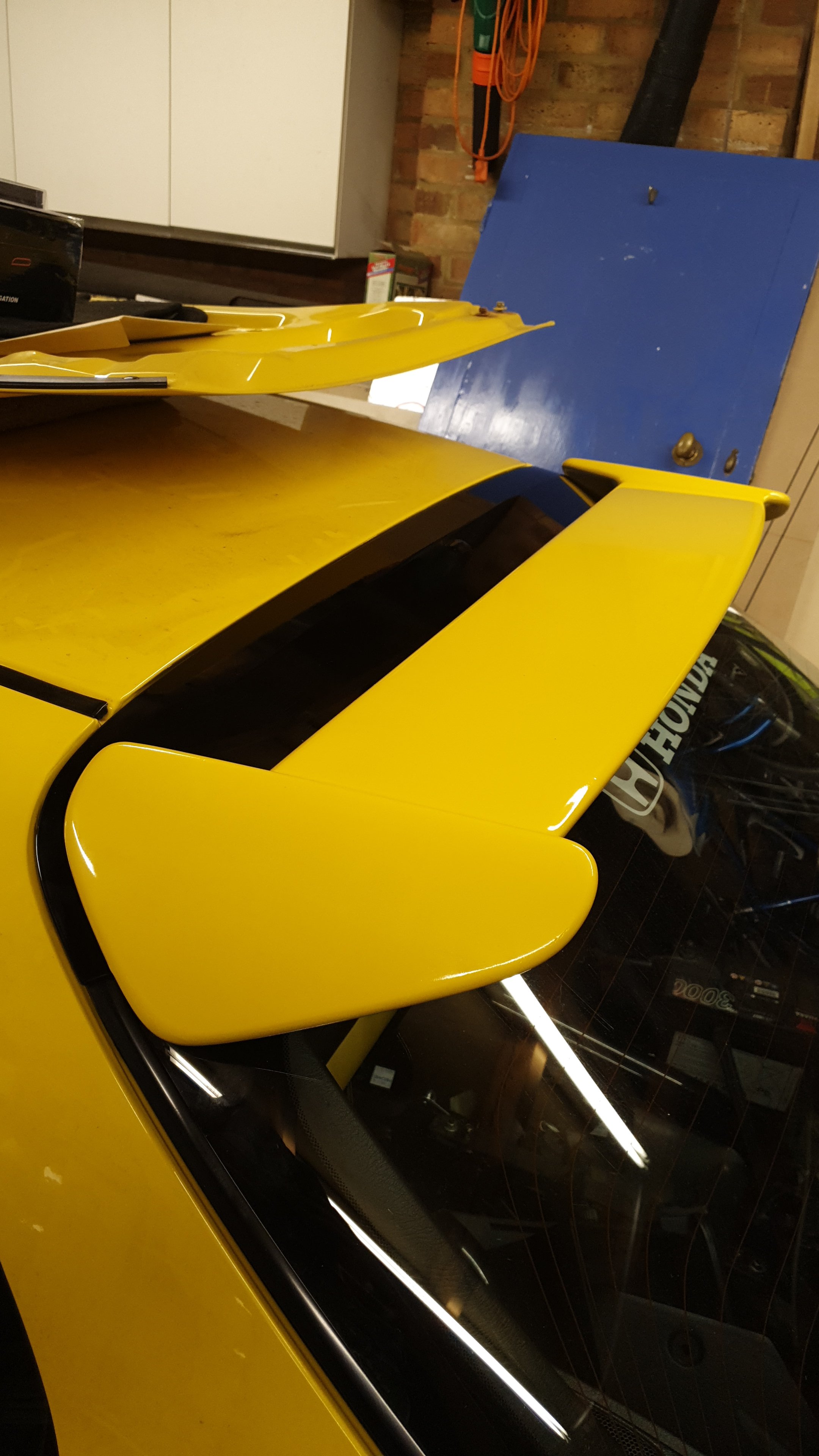 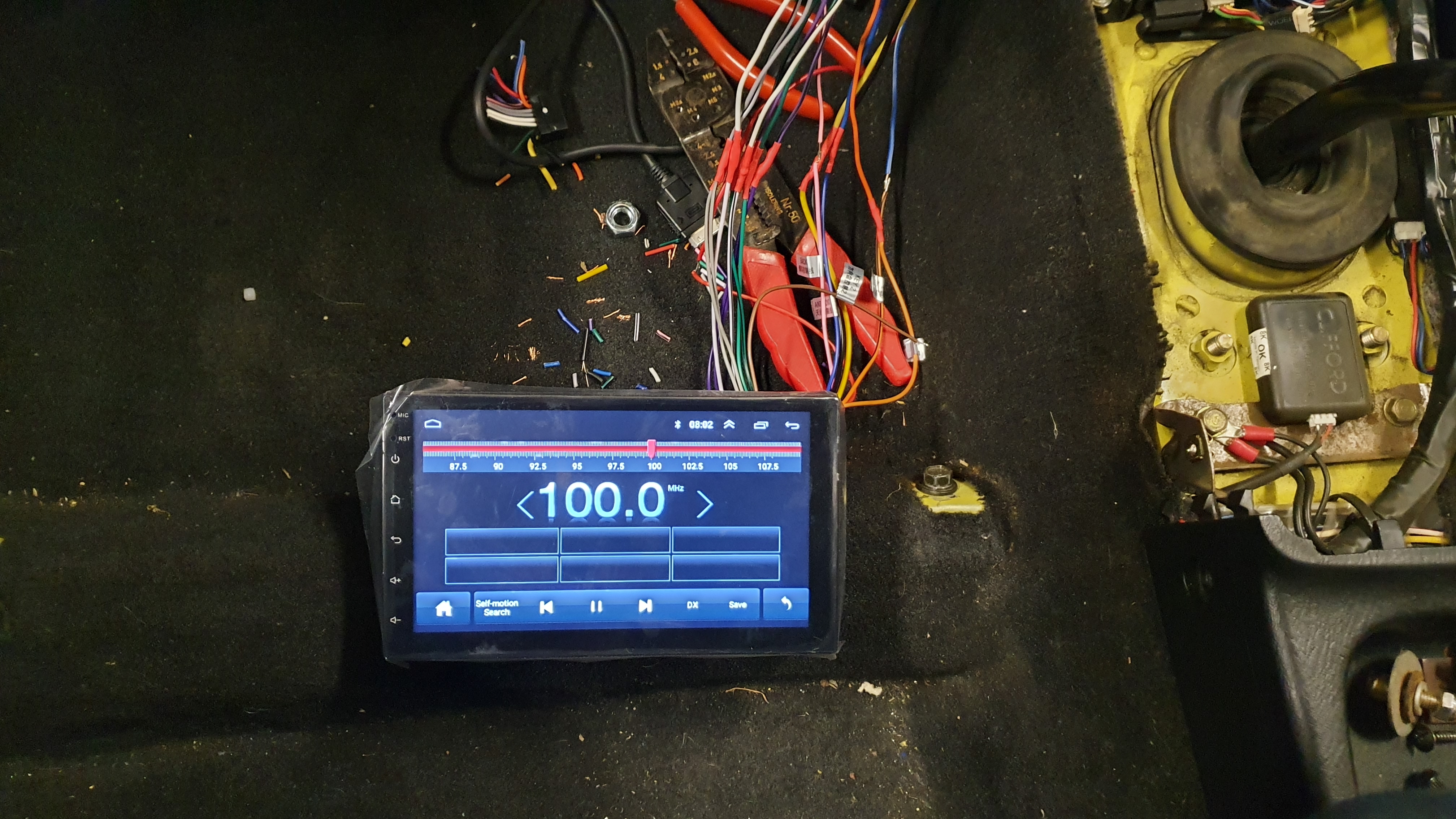 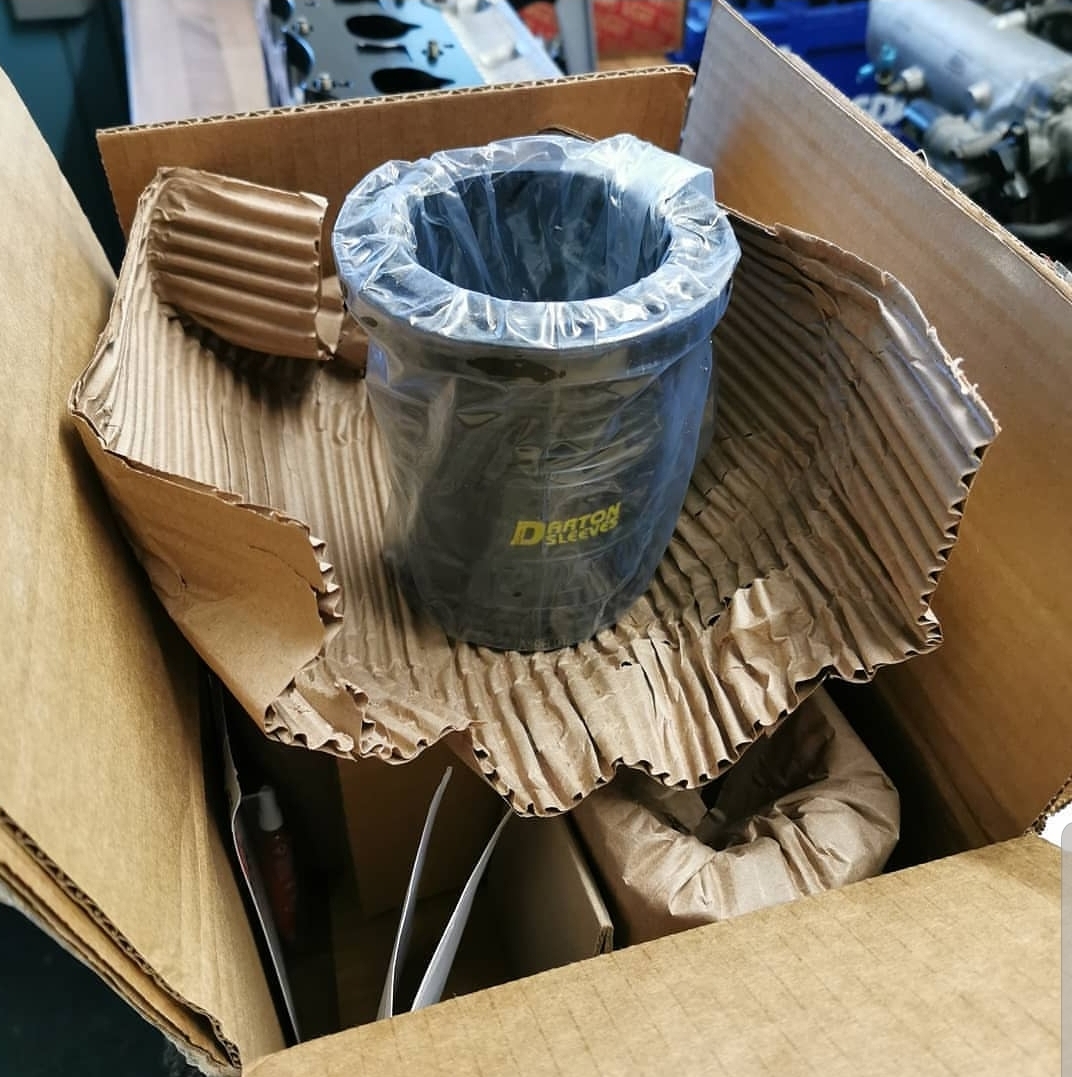 Been a busy few days for me, so nothing has been done, but I am hoping to get left side audio working and then install the HU into the lower dash over the coming weeks so the interior is ready for when the mats arrive and I just have to order seats to complete it

So, left side audio wasn't working as the speaker is FUBAR. So need a new set of speakers, I know sod all about these so if anyone can point me to some half decent but cheap enough door speakers though would be great

HU is now installed into the lower dash and even got the DAB+ and TV connected up, need to wait to get home tonight to check the TV works as the remote didn't have a battery and for the DAB+ I need to install the app from a disc, finding a PC to do this on is proving a bit tricky though as don't have a disk drive on mine

I still want to make a metal facia for this as there are some gaps around it and it would also give me a space to mount the USB ports for the HU, be an easy thing for me to make tbh as have all the kit available in my workshop

Mats also turned up, really good for a reproduction, especially given they were stamped over the incorrect (white) stamp they did first 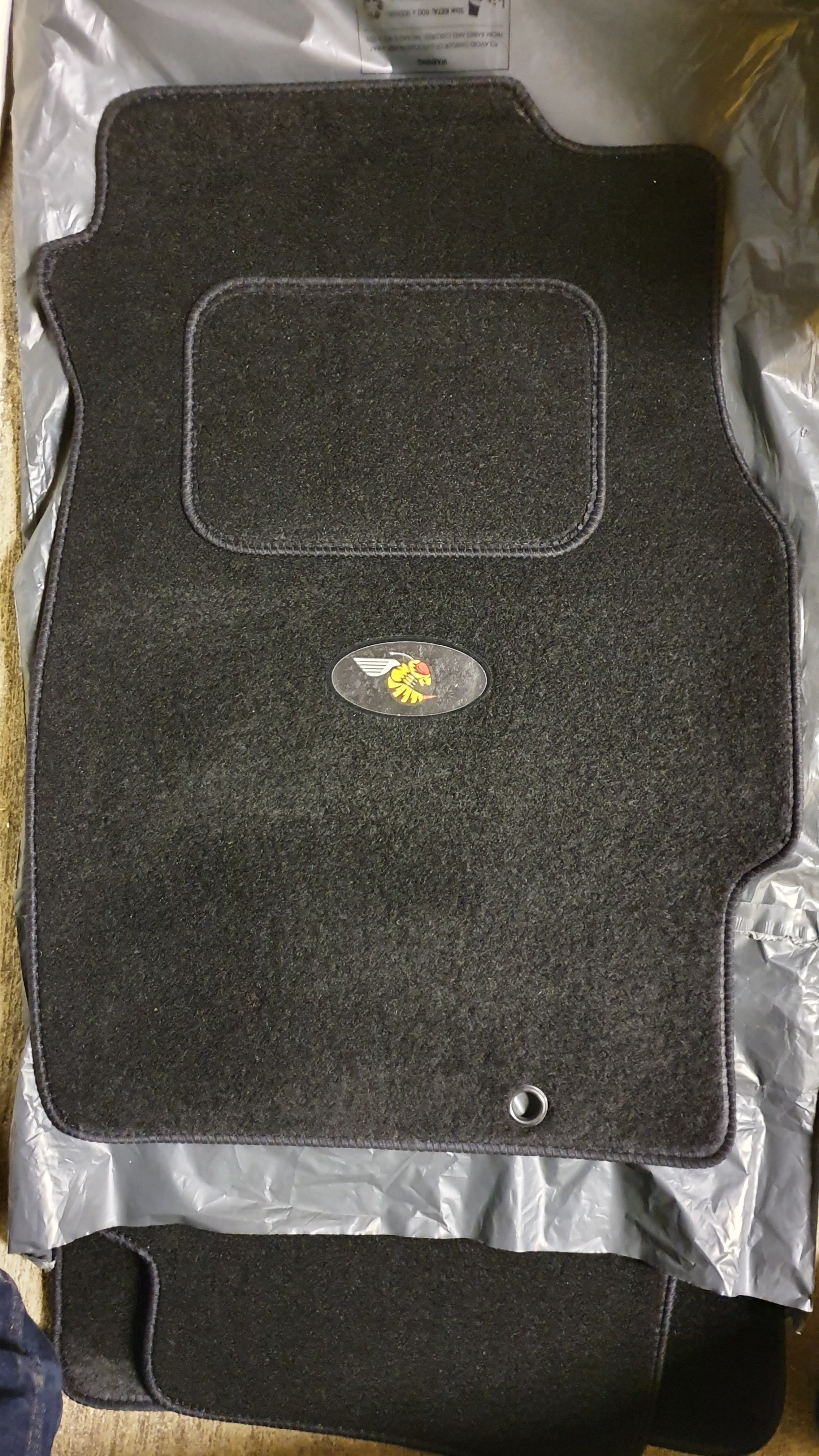 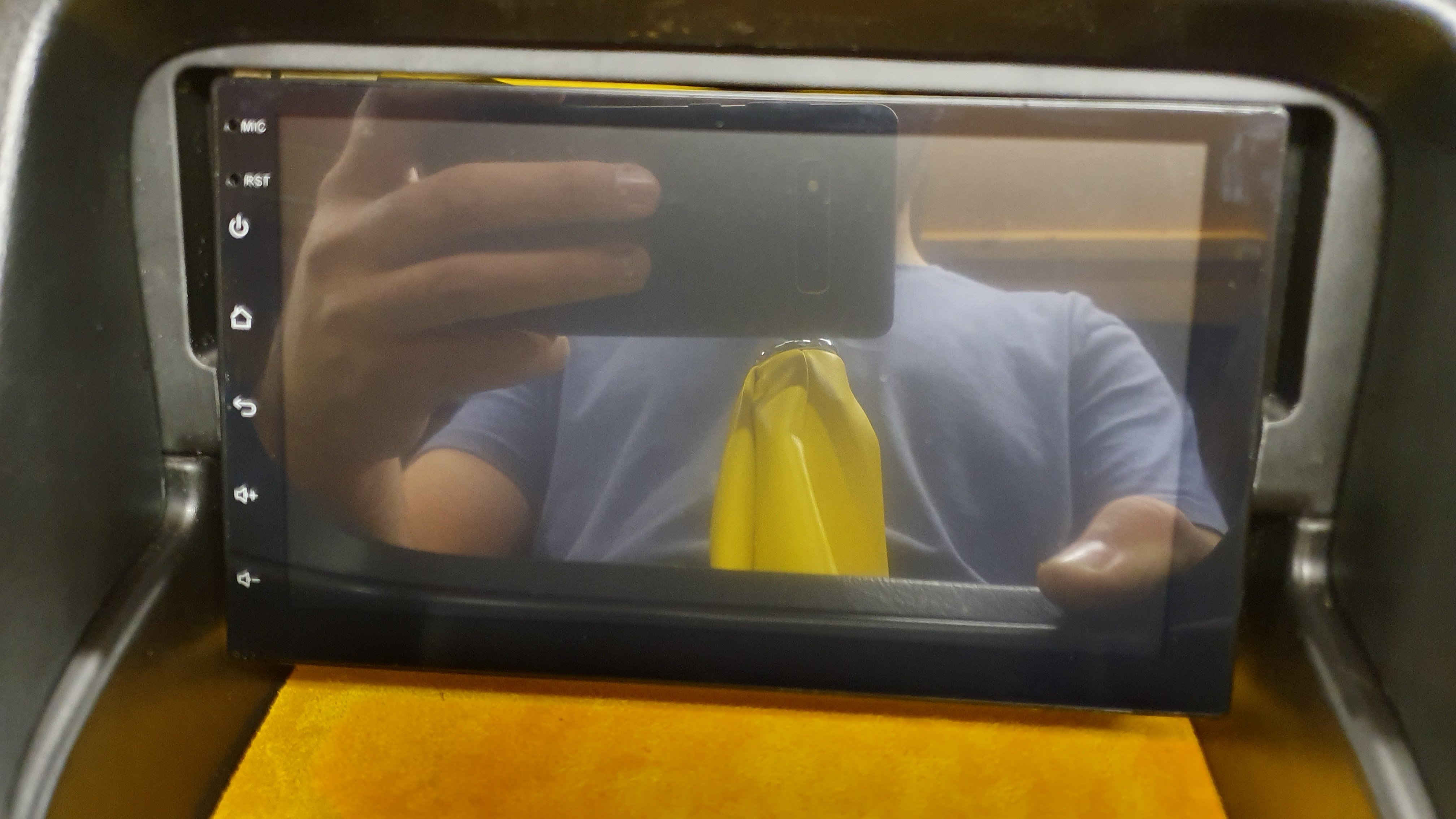 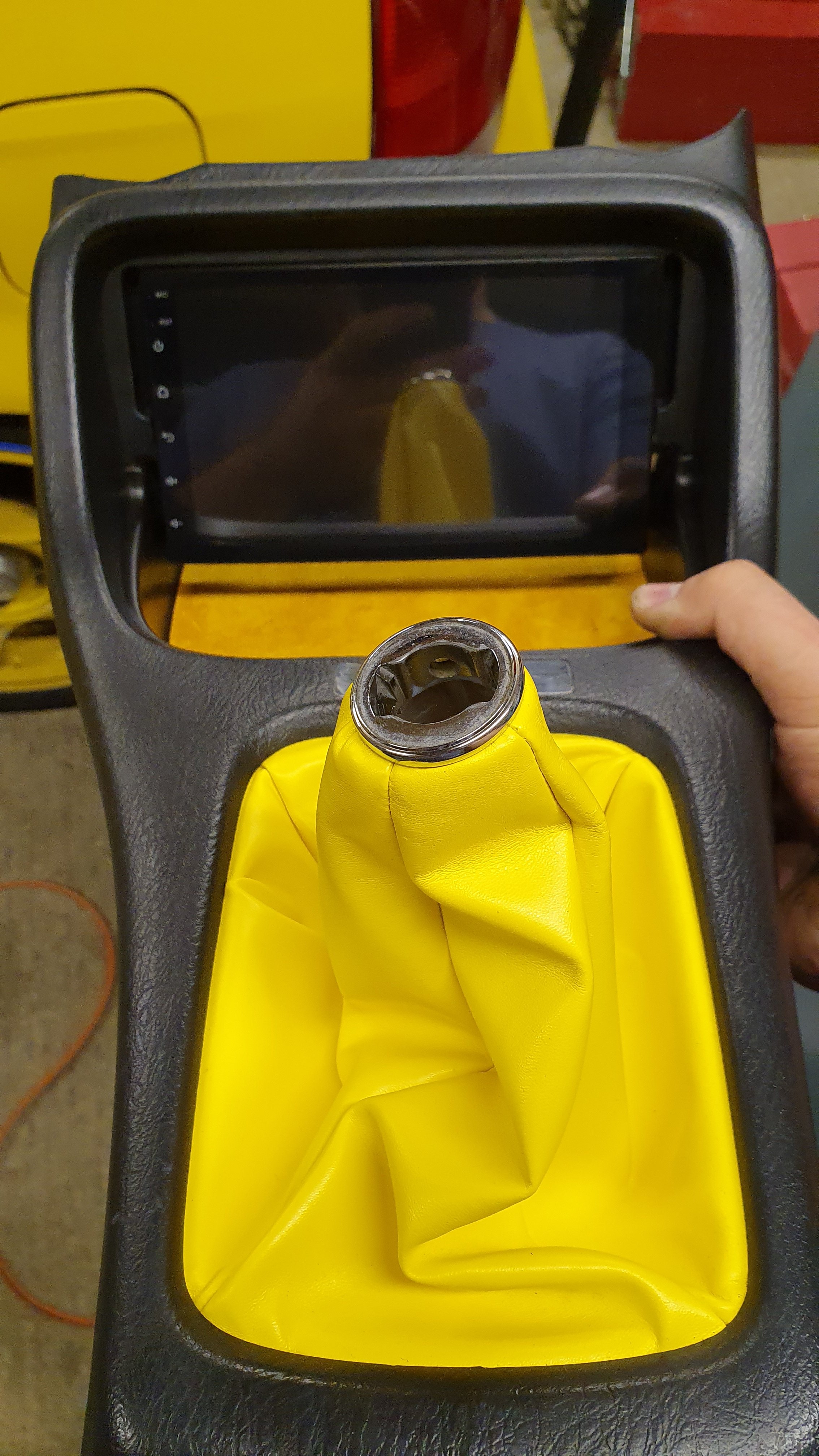 Interested to see how you have mounted that in the back.. Keen todo that on mine!

Jclimb_EK9 said:
Interested to see how you have mounted that in the back.. Keen todo that on mine!
Click to expand...

Used the original mount brackets, but then modified the supplied brackets for the HU. It's got to come out again when I put the facia plate in and install the USB ports properly so I'll grab some photos of it for you

So since my last update I have fully installed the trim pieces to get the head unit and gear surround in, test fitted and check it all works. I finally got both speakers going after buying a few new sets and having to go to a breaker for the right sized ones (6.25" and 6.5" is too big)

Yesterday I ordered a few bits I needed, wiper delete bung, various OEM fasteners and then got me some carbon spoon mirrors, the electric version. Should all arrive in about 2 weeks

So I haven't got much done other than my wiper delete bung as I've been busy as heck with my work and the Christmas lark.

Do have a few goodies finally ordered and my seats are now being made to somewhat like this design, few extras been put on my seats that I cant show until the final product is with me but let's just say it's going to be epic! 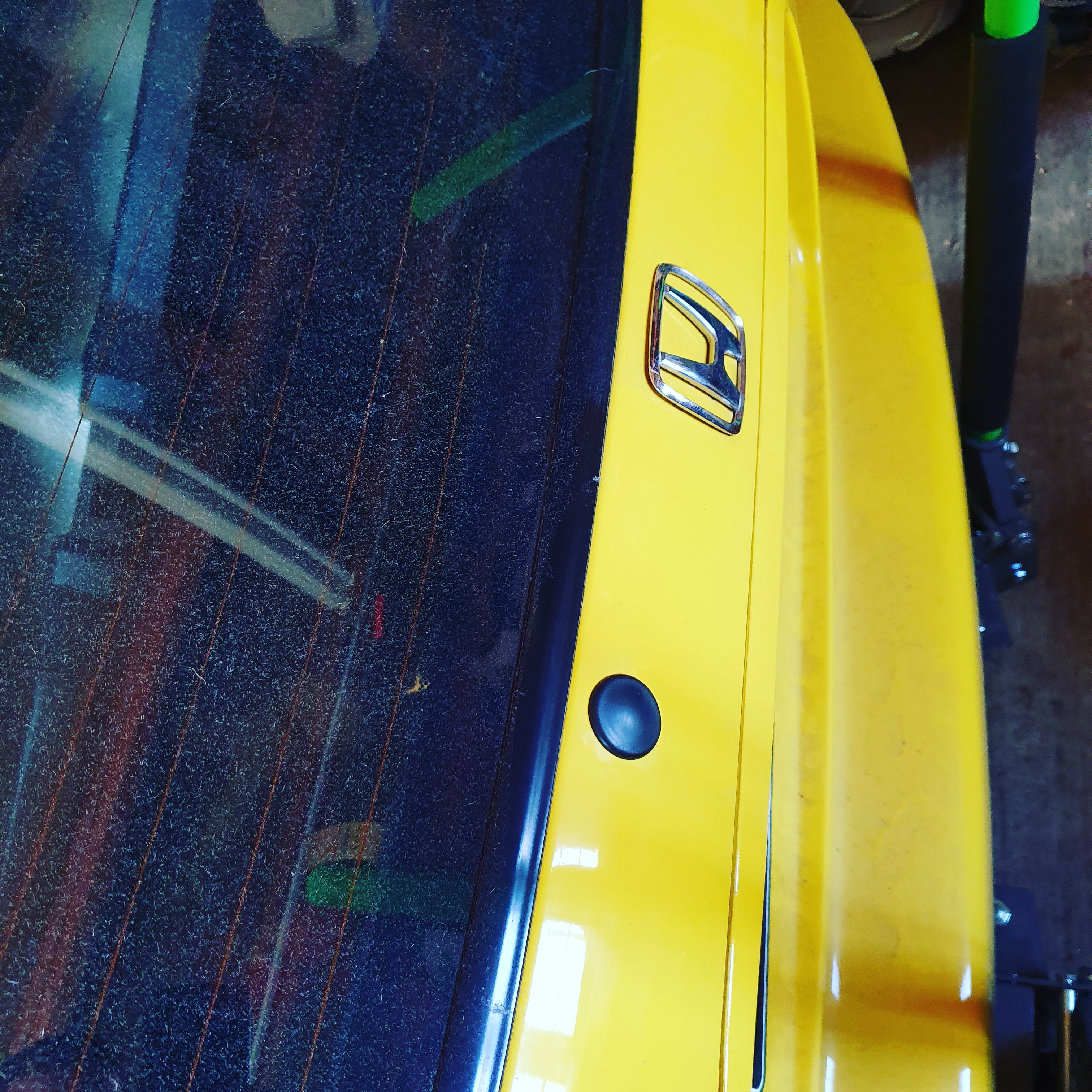 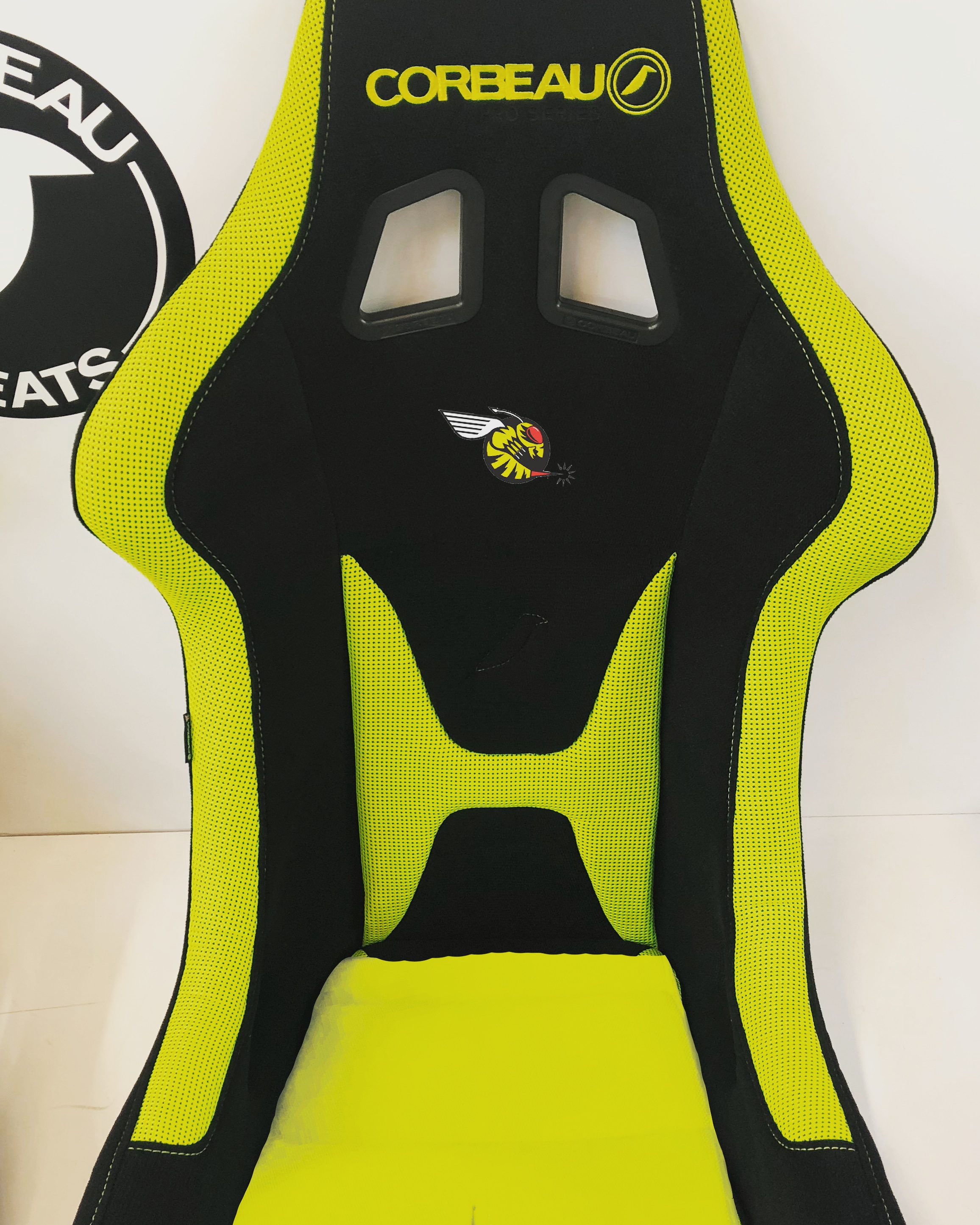 I like the seat. At first glance I didn't even notice the "H" logo, I like how subtle it is. Can't wait to see the whole interior finished.

JustForFun said:
I like the seat. At first glance I didn't even notice the "H" logo, I like how subtle it is. Can't wait to see the whole interior finished.
Click to expand...

Nor did I until it was pointed out to me when doing the design. The seat actually has the back padding cut in that pattern as standard!

I also have a sneak peak for you of the interior coming later today, once I've done my days work and can get a forum post put together

EDIT: @JustForFun do you race in the UK TimeAttack under the same race name as your forum name or is it just a coincidence?

@Jclimb_EK9 heres some shots of how I mounted the double DIN. Had to chop and change the brackets to make it fit, but wasnt anything overly complex 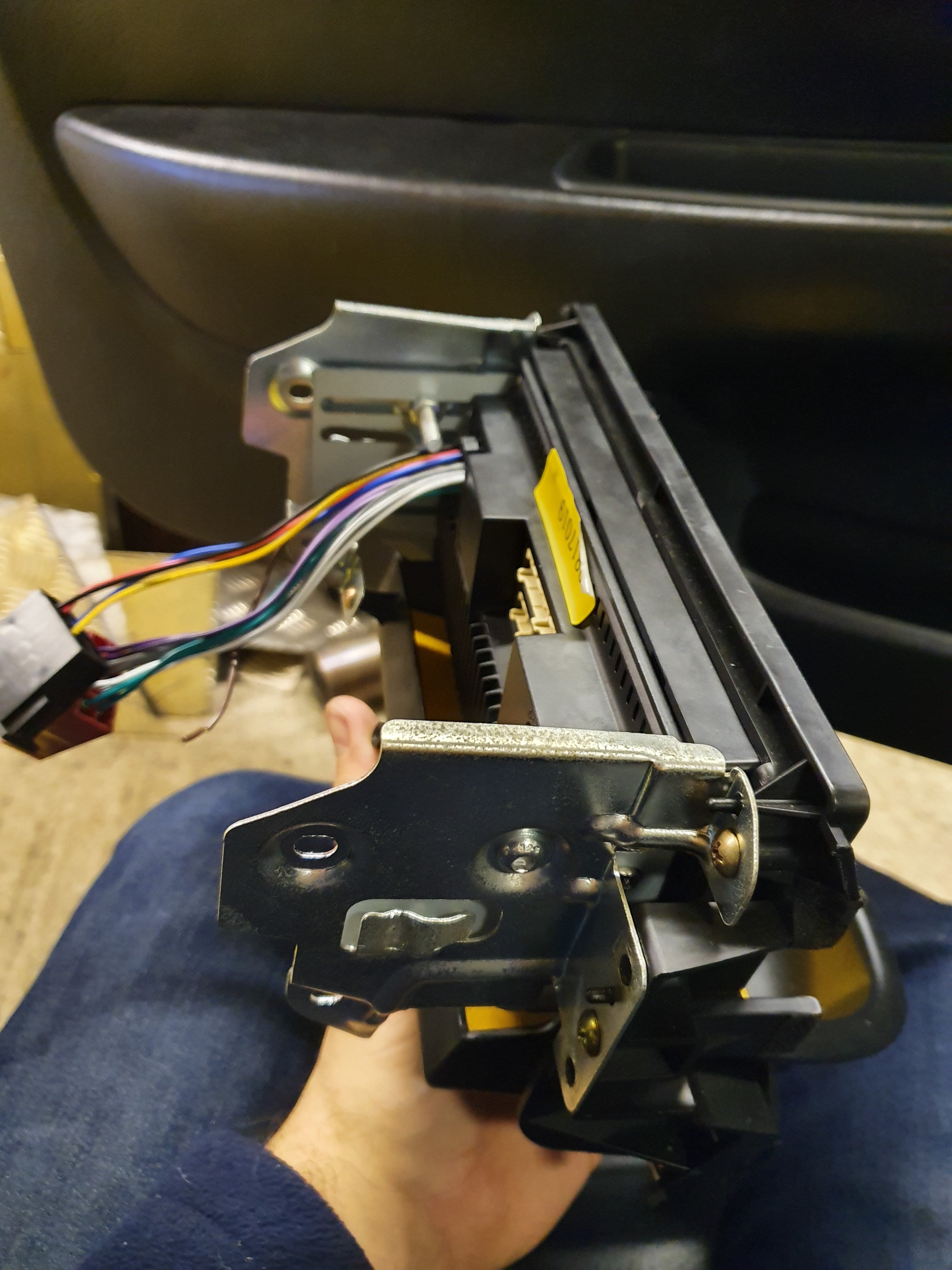 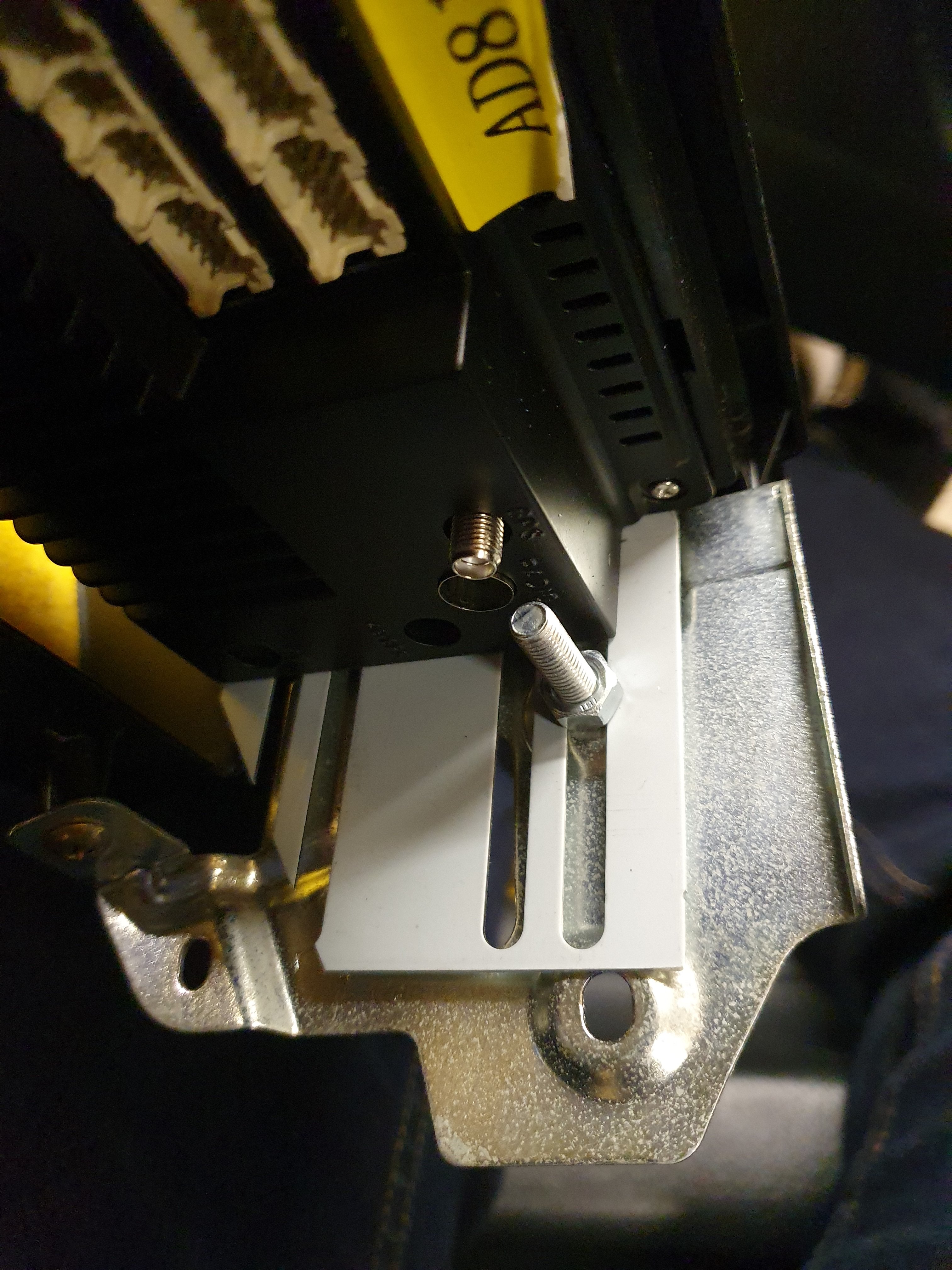 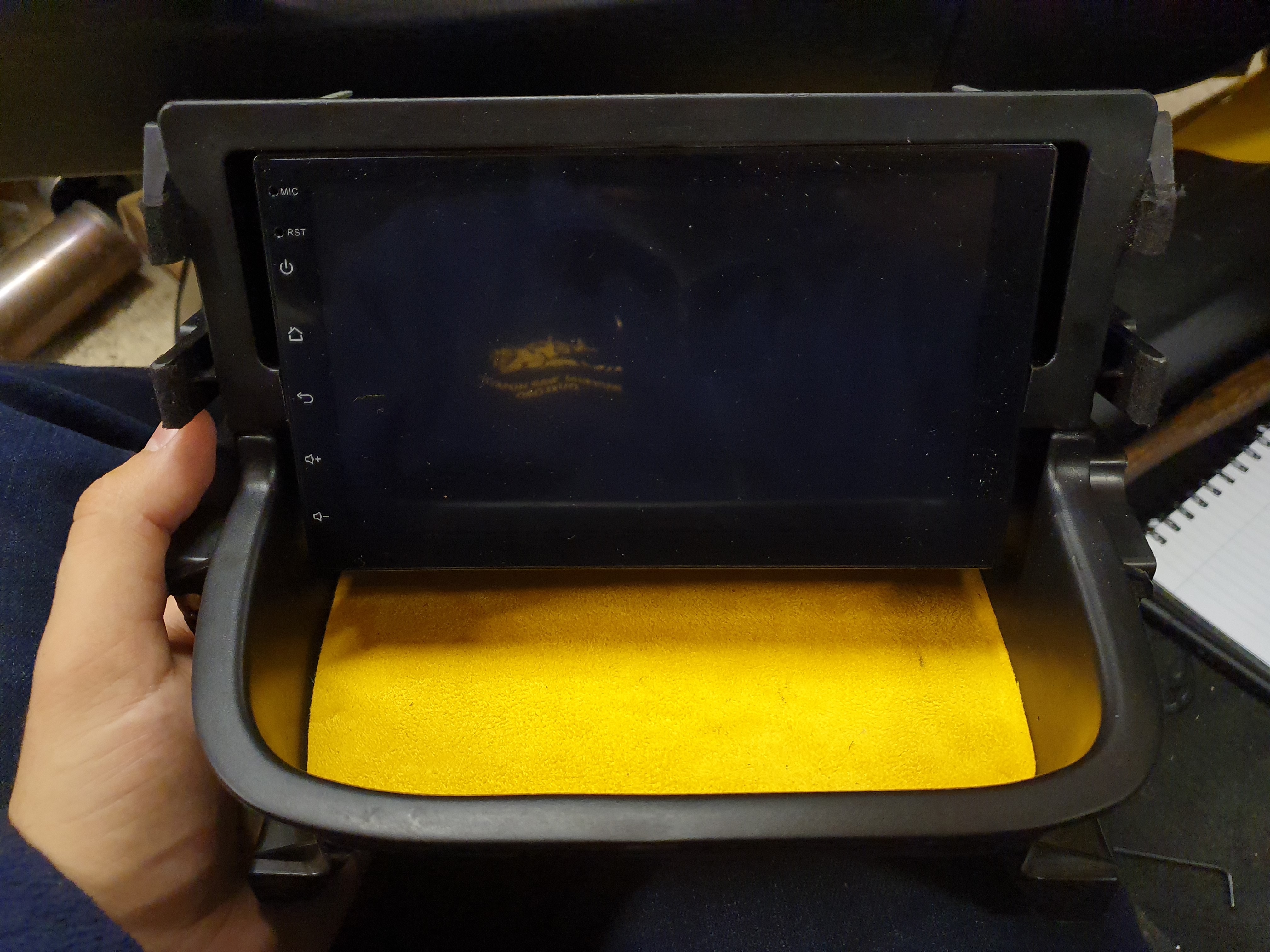 I went ahead and got the car out into the sun so I could open the drivers door, take the A pillar trim off and get the last TV antenna installed (I get bored at meets so why not have TV?) 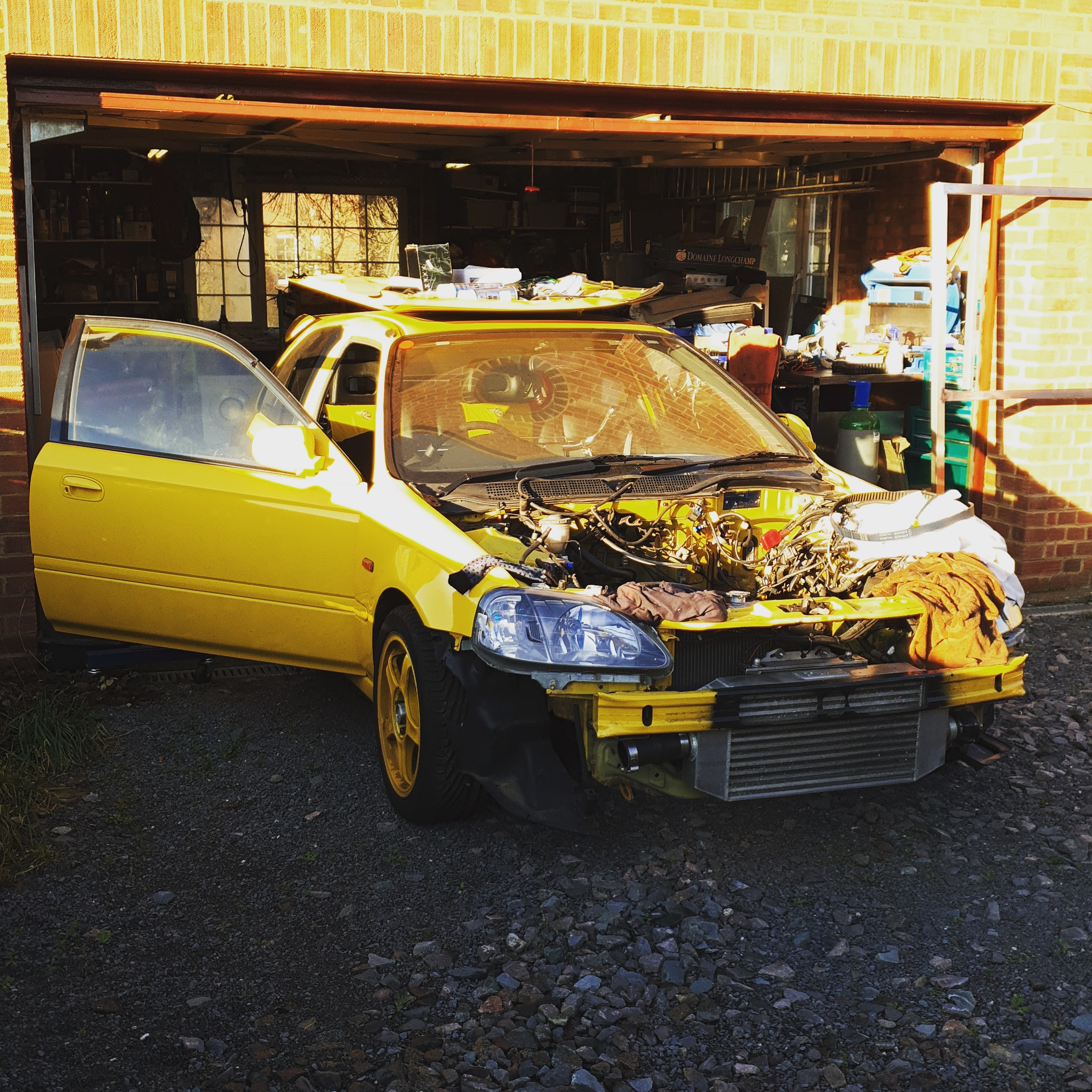 I now have a yellow sunstrip which arrived today and I will be putting on to cover the antennas from view, keep the sun out my eyes and blend with the roof to give the appearance the car is lower.

I then went about putting the drivers side back to as complete as I can manage. All the plastics back in, wires routed and cable tied in place, mats in, etc. I think it's starting to shape up quite well 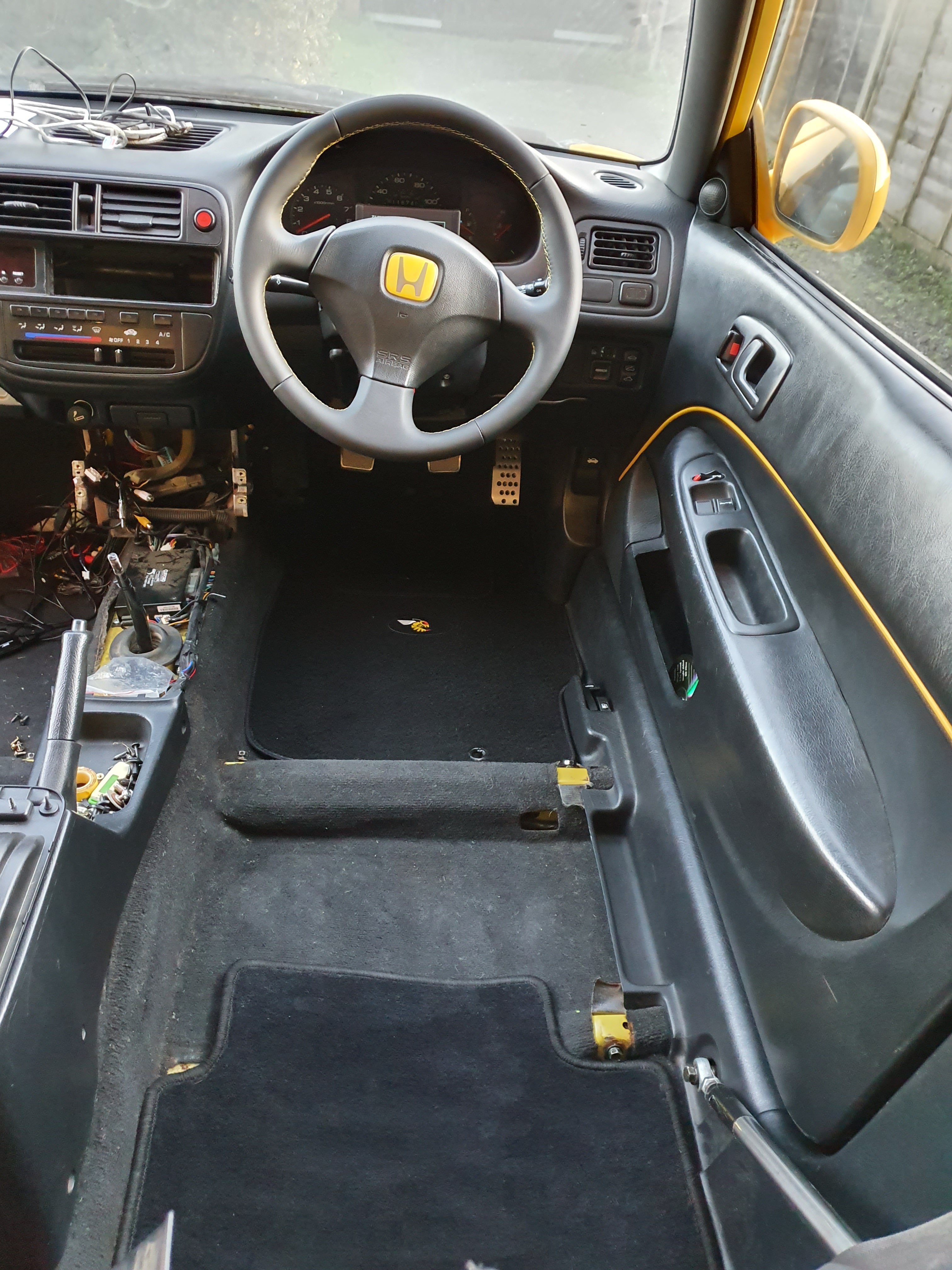 Measured up the headunit section and went to CAD the fascia up, its now being made out of 1mm stainless which I will paint in some trusty hammerite when I get it and install using the two bolt holes. This does mean drilling into the OEM part, but luckily I have a second should I ever want to put it back to standard 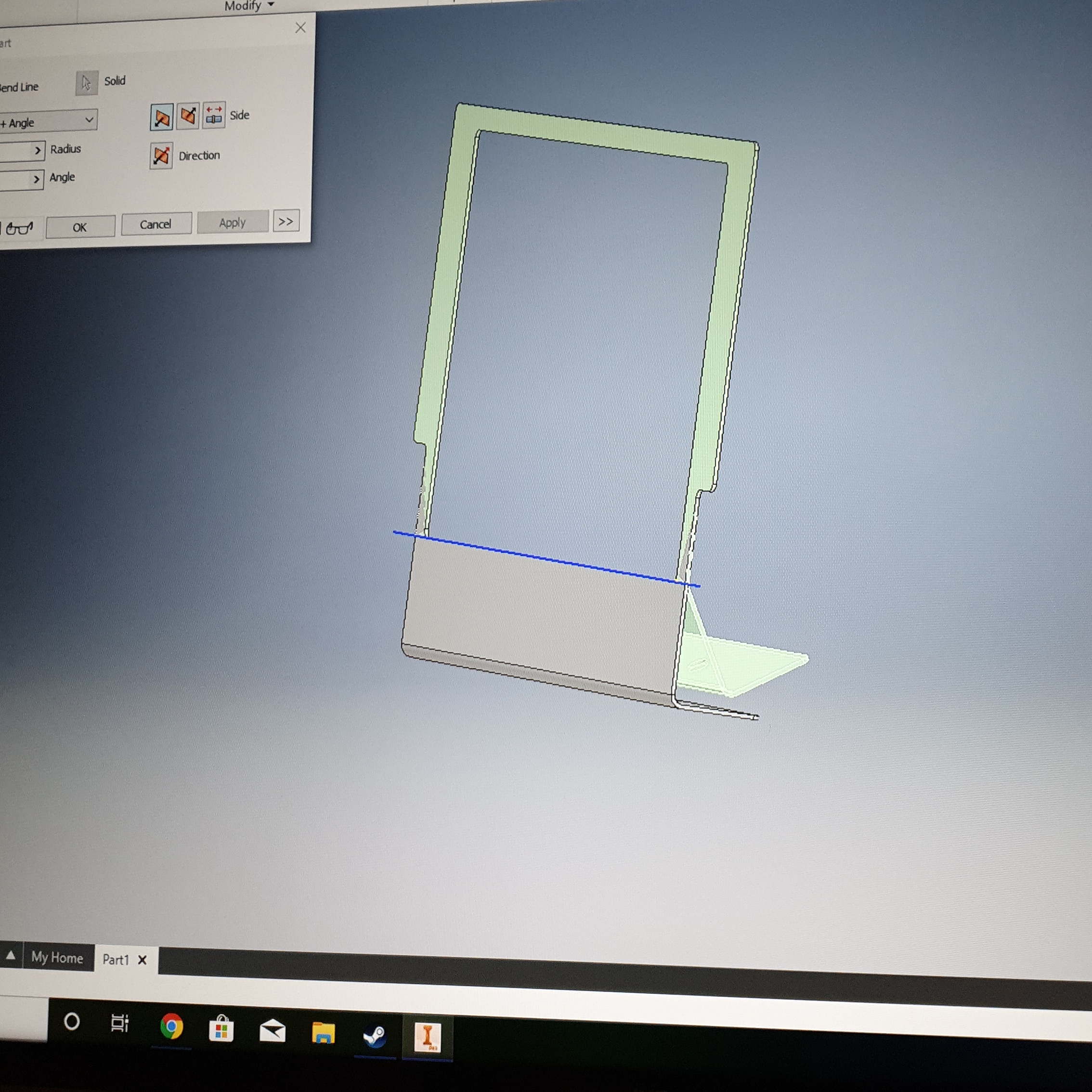 Finally, I went to install the replacement glovebox only to then realise it was grey and not black. So I split my broken one (hinges snapped off) so the front was seperate from the rest and did the same with the replacement. Then removed latches and sanded back all the excess plastic so it would fit flush. Used a tonne of epoxy to stick the two halves I needed back together and installed it into the car a day later with no issues other than having to cut one cable tie from the haltech so I could push it further back. 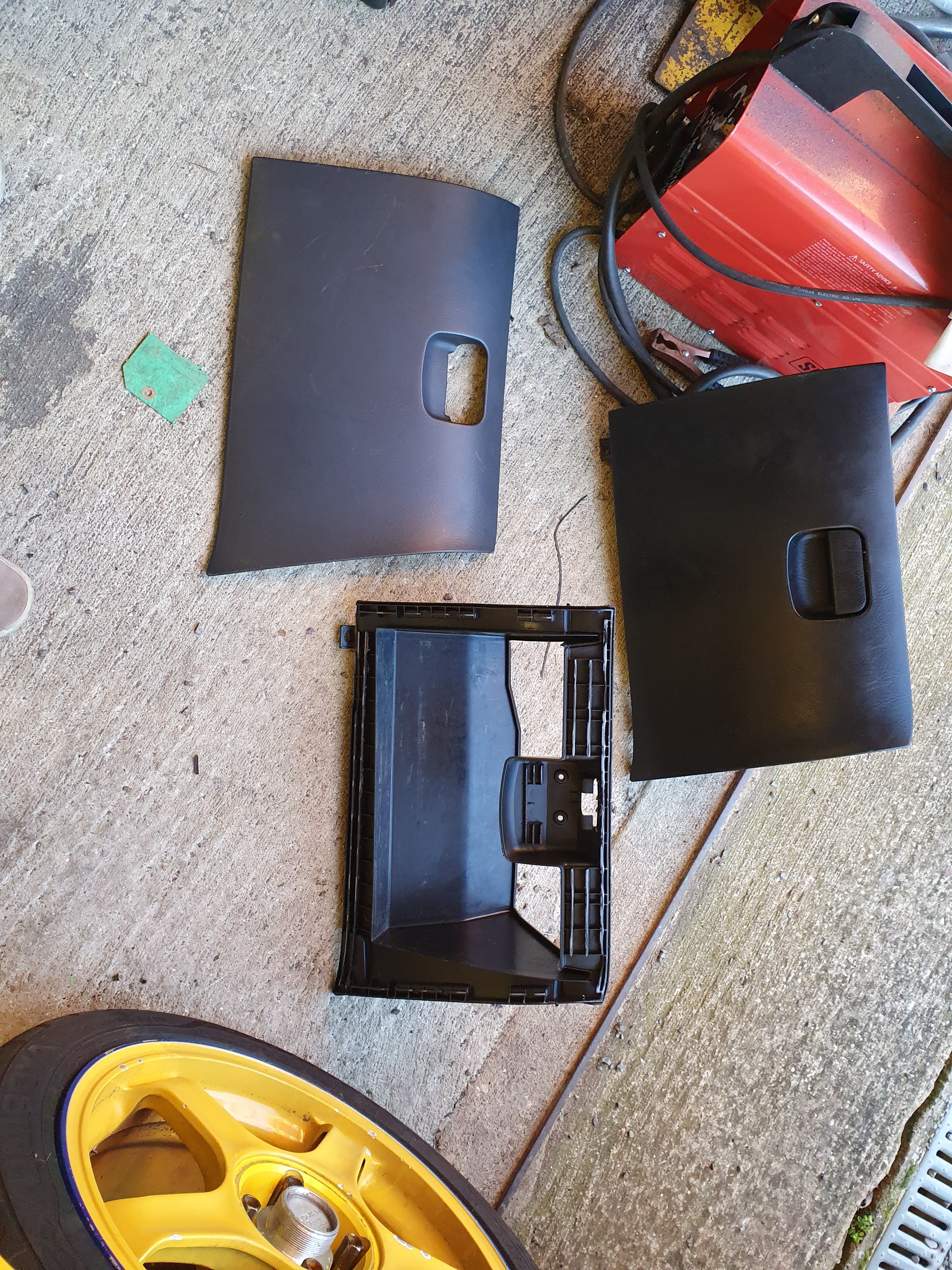 Now just need to tidy stereo and stock ecu wiring, which I will do once fascia arrives, hoover passenger side, add passenger mats, add arm rest when thats back, get a couple clips (if anyone knows what the ones are called that hold the ECU cover and carpet by rear bench in place or where I can get some I would be most grateful), add seats and rails, remove seatbelts from front and finally fill the hole where OEM radio sits and interior is done. I am trying to find a new version of the digi gauge that sits infront of clocks to put in there so it looks neat and I don't loose out on the data but we'll see

So I now have the HU install complete, all wiring sorted and basically the whole interior done.

Got myself a genuine EK9 carbon effect clock surround today which will go in over the next few nights along with some trim clips to get the ECU cover in properly. Then it literally is just the seats to have a complete interior. Still unsure if I should get some in date harnesses (will if I track it) and idk if the seat belts should come out rather than just dangling, I guess it depends how much time I get.

Seats and engine should be ready for week 1 of Feb so not far away now and cant wait to get them all back. Then the car will go off to Horsham developments for run in and to check the tune over. This means it will hopefully be ready just in time for show season if my wheels arrive on time 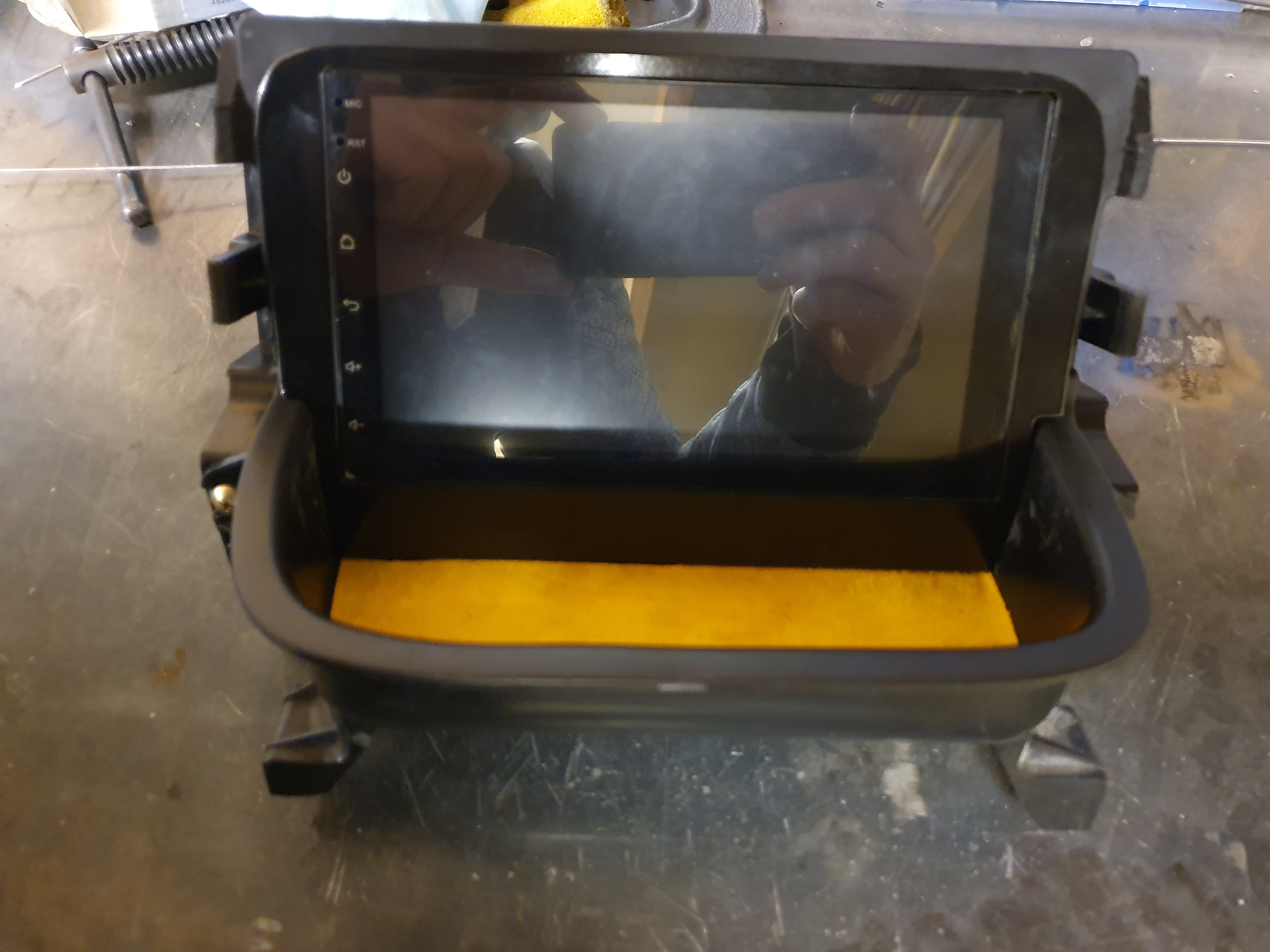 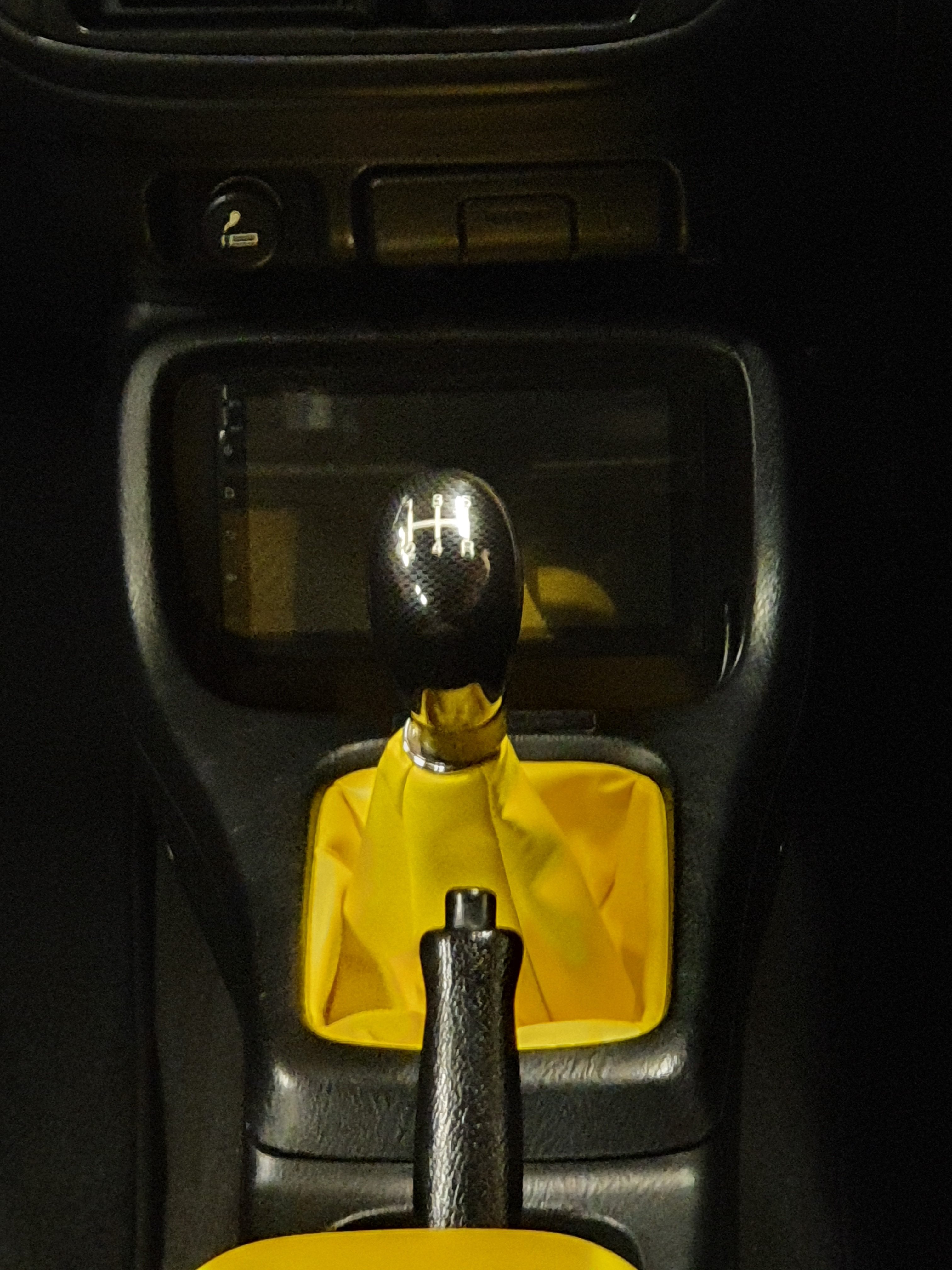 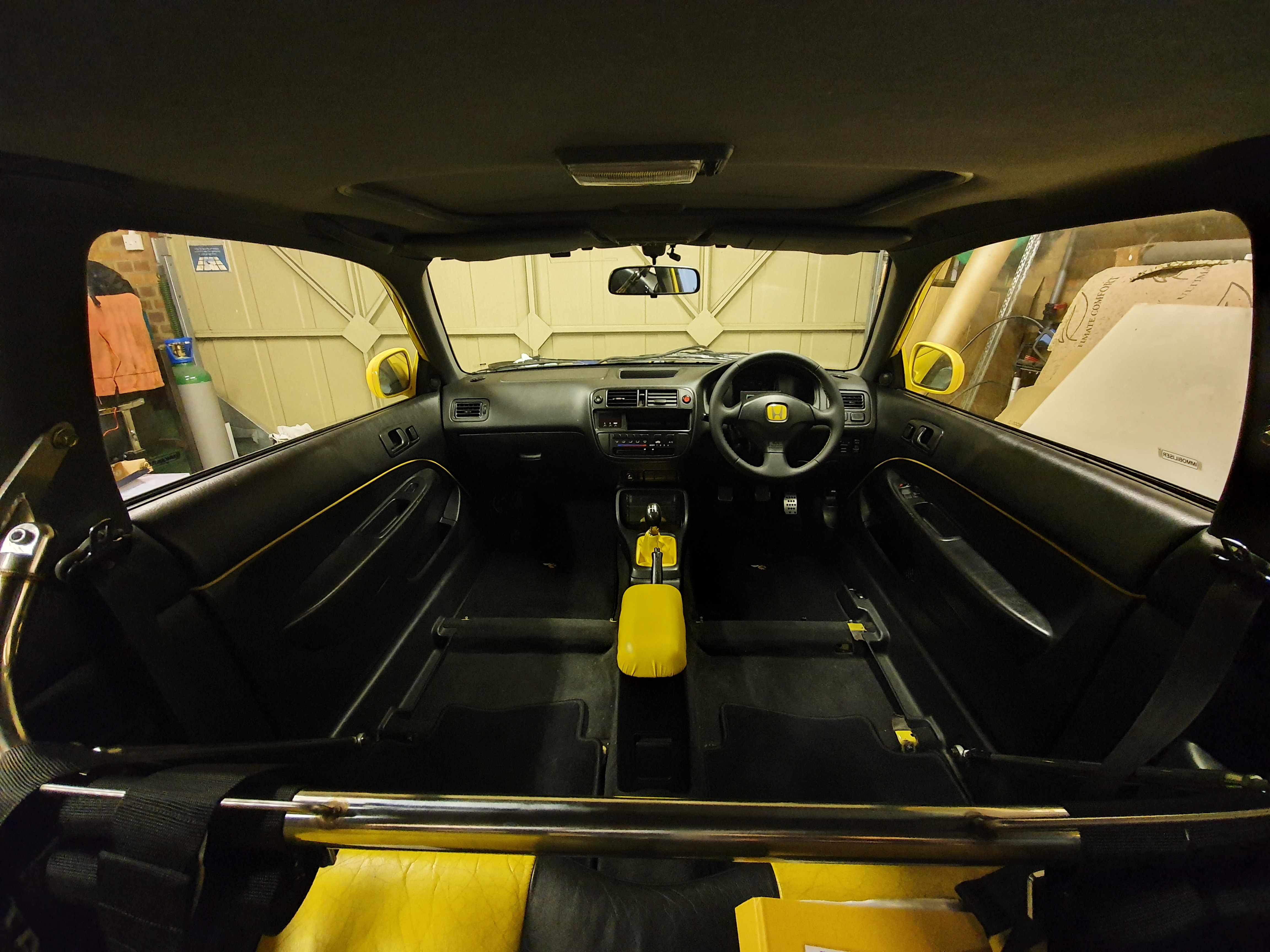 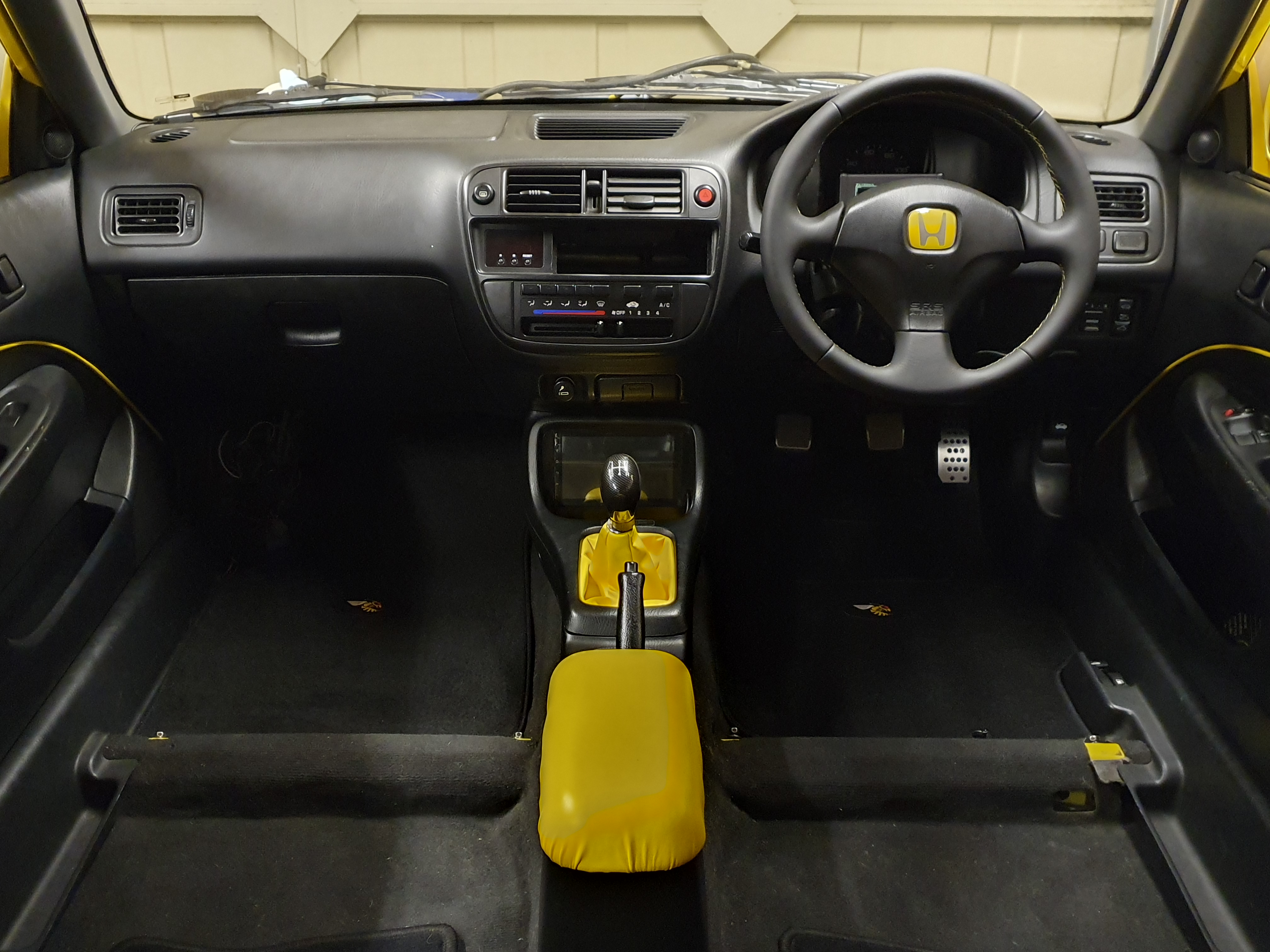 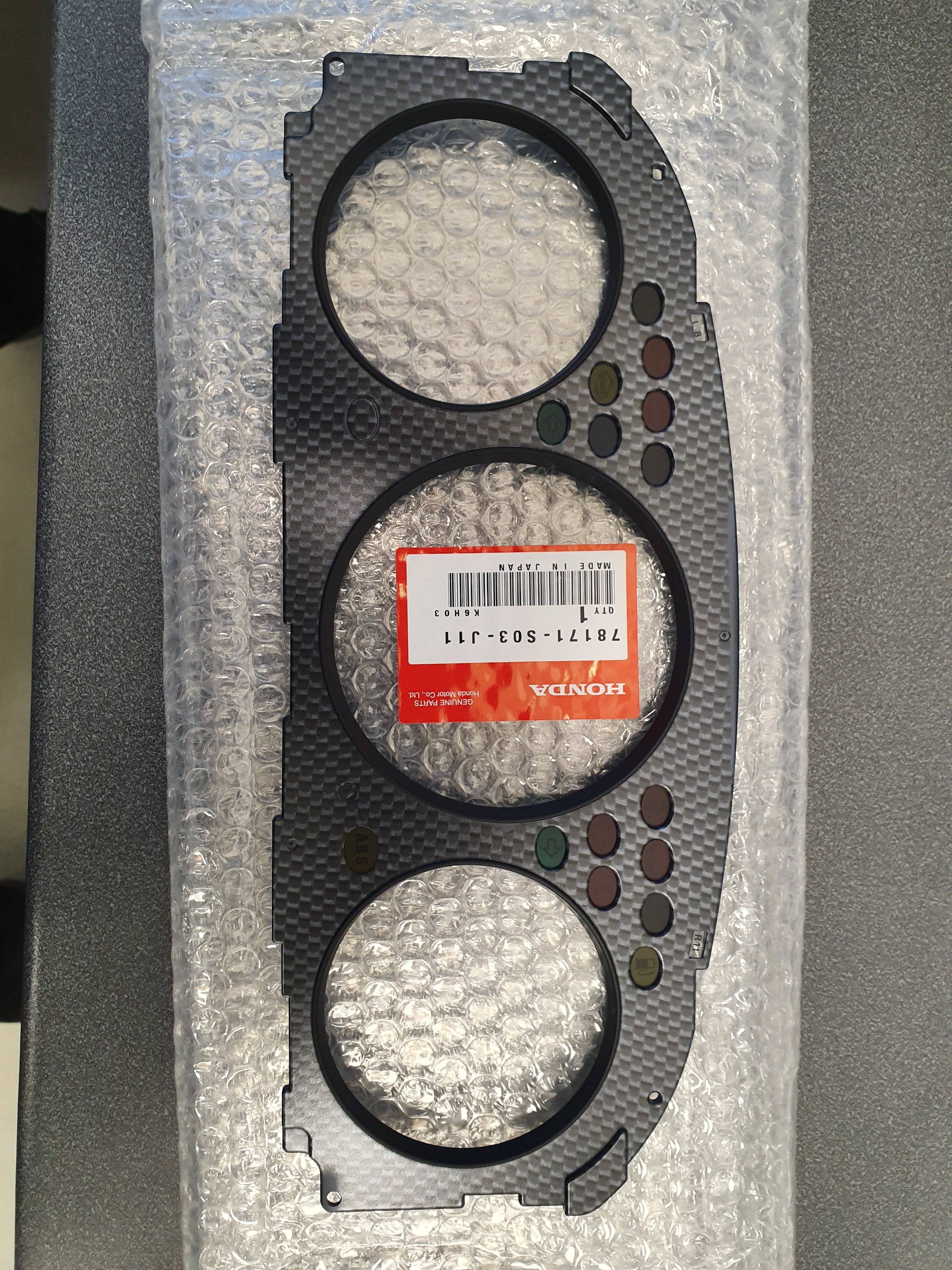