Hey, newby here but have always lurked the forum on a somewhat frequent basis.

This is my first Honda, and it was never intended to be anything more than a run-around when I bought it last August. At the time I was convinced I was gonna totally refresh the MX5 I'd been driving; refurb the suspension, polybush it, turbocharge it, etc. I was in borrowed space at a friends unit and had a few months to get it done. I stripped the car to a bare shell, and then like the easily distracted child I am, I totally lost interest. The shell/parts now reside in a lockup waiting for tlc (of which I shall eventually give it!). 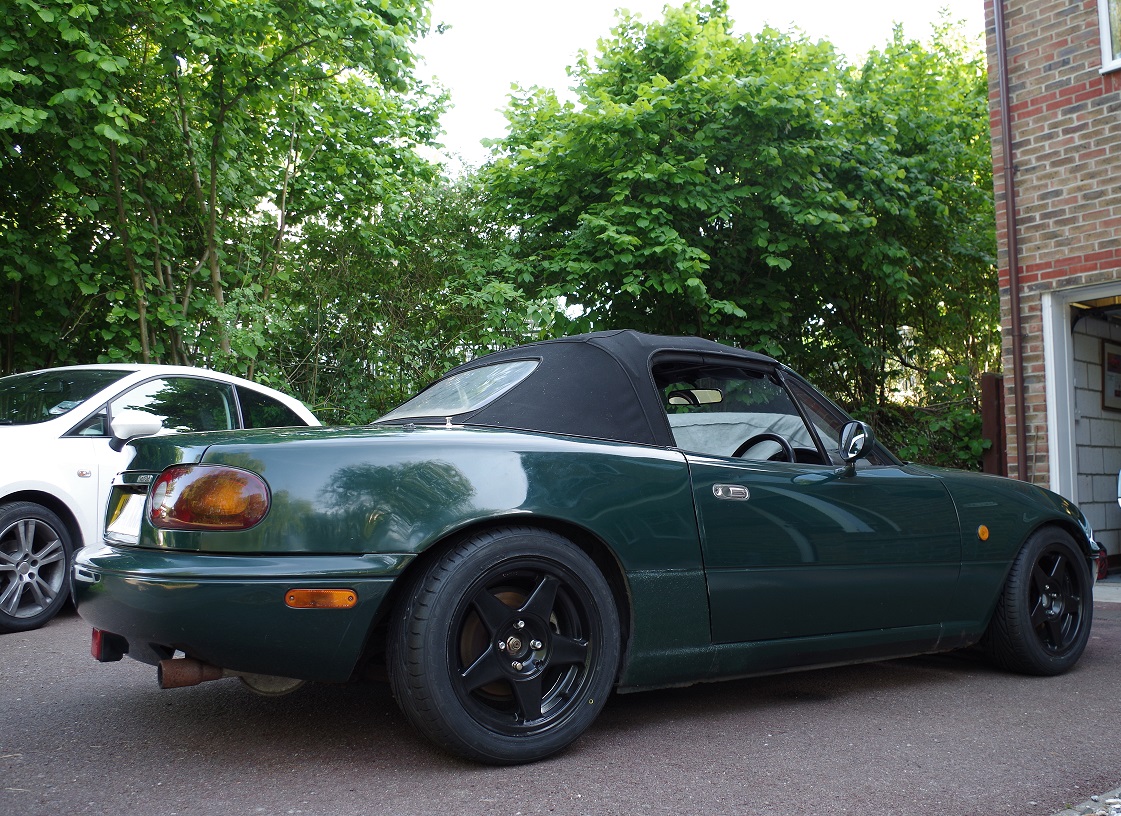 Mid-November last year I bought a B16A2 off a questionable bloke on ebay. It was advertised to me as a complete conversion (several messages passed before purchase to confirm this) but arrived with several bits missing. I wasn't forceful enough in my attempt to get the rest of the bits and ultimately lost out. Lesson learnt! 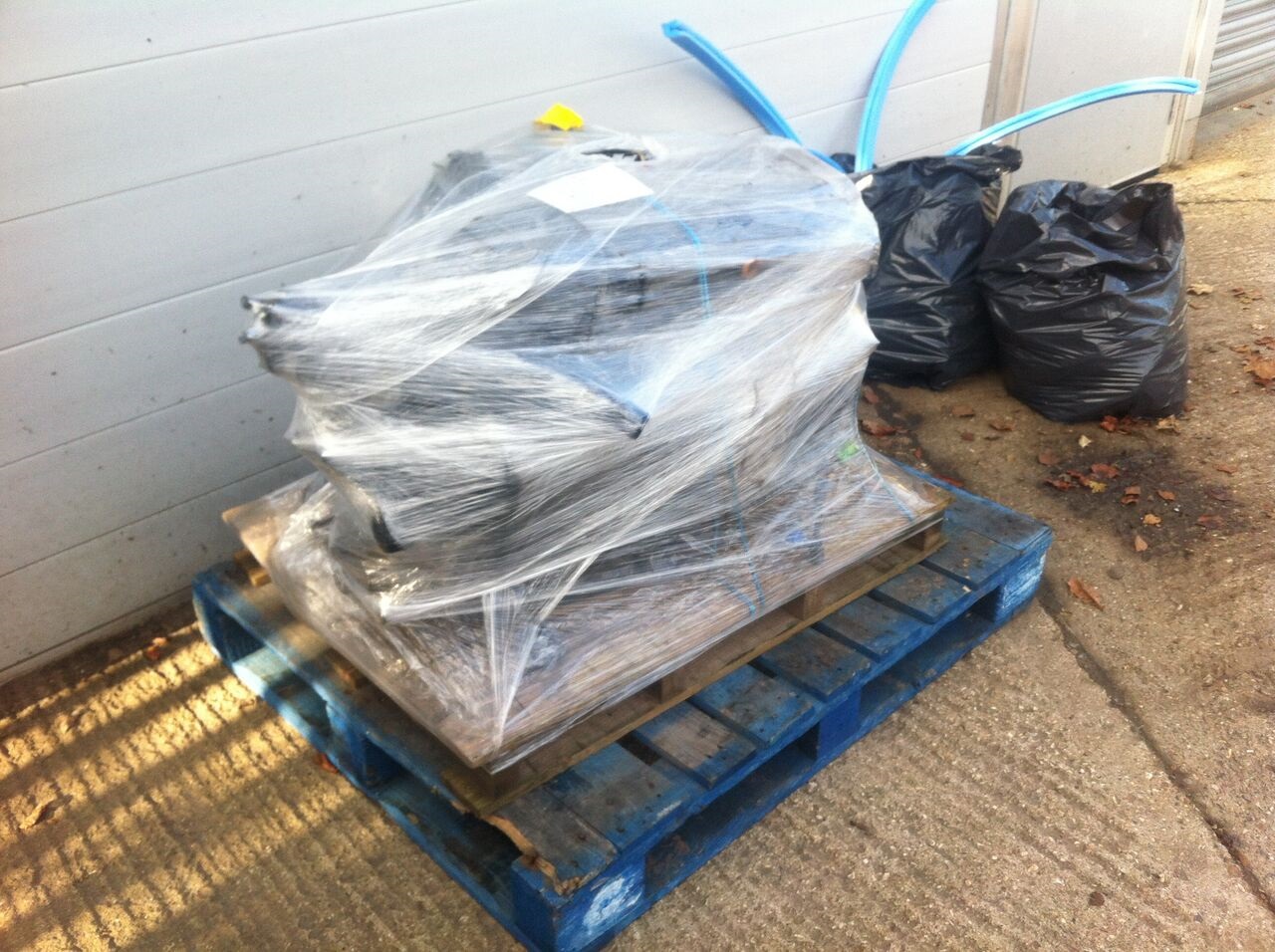 After a brief inspection with the cam cover off I was installed with a bit of confidence that top end looked relatively clean. 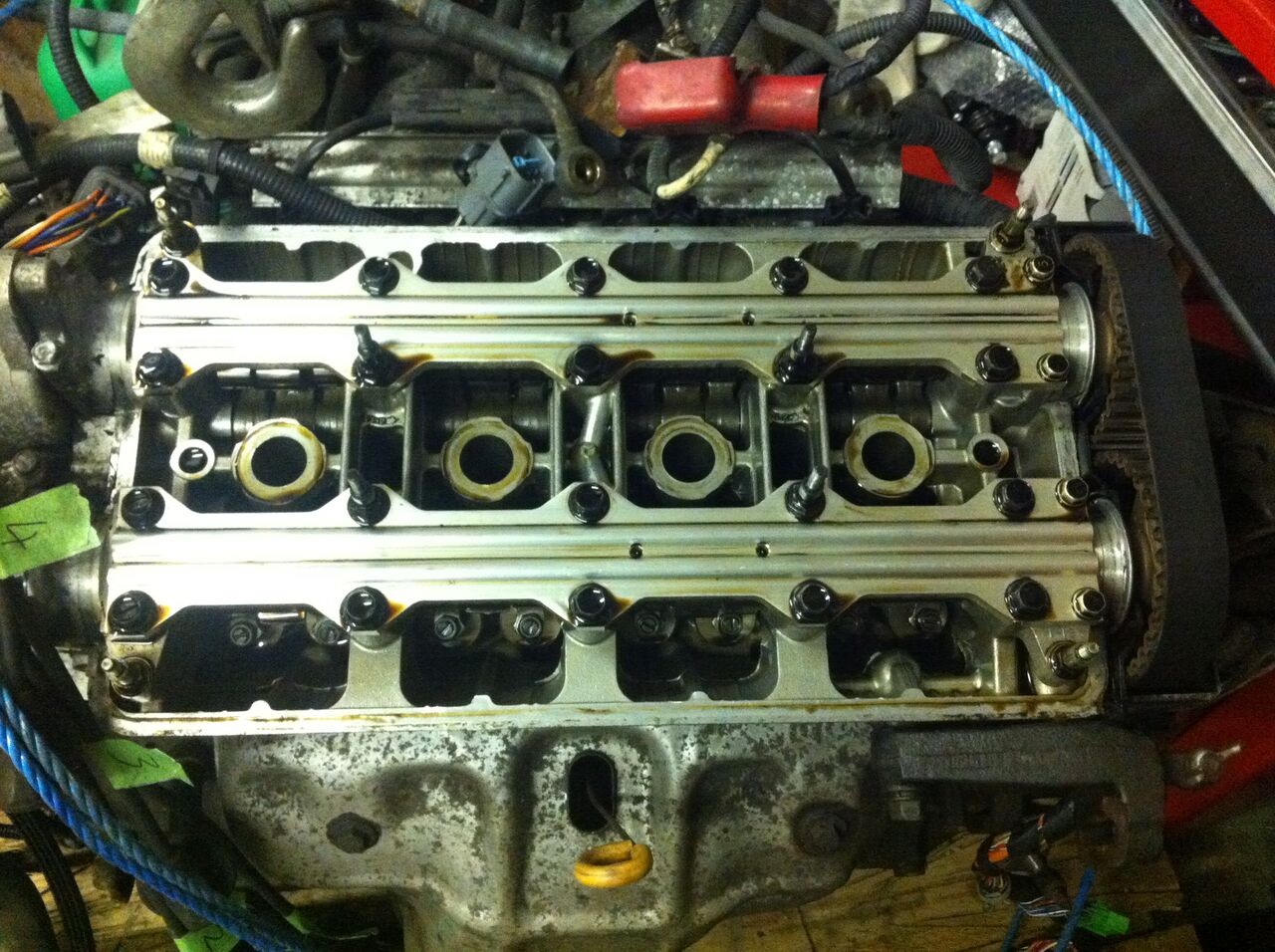 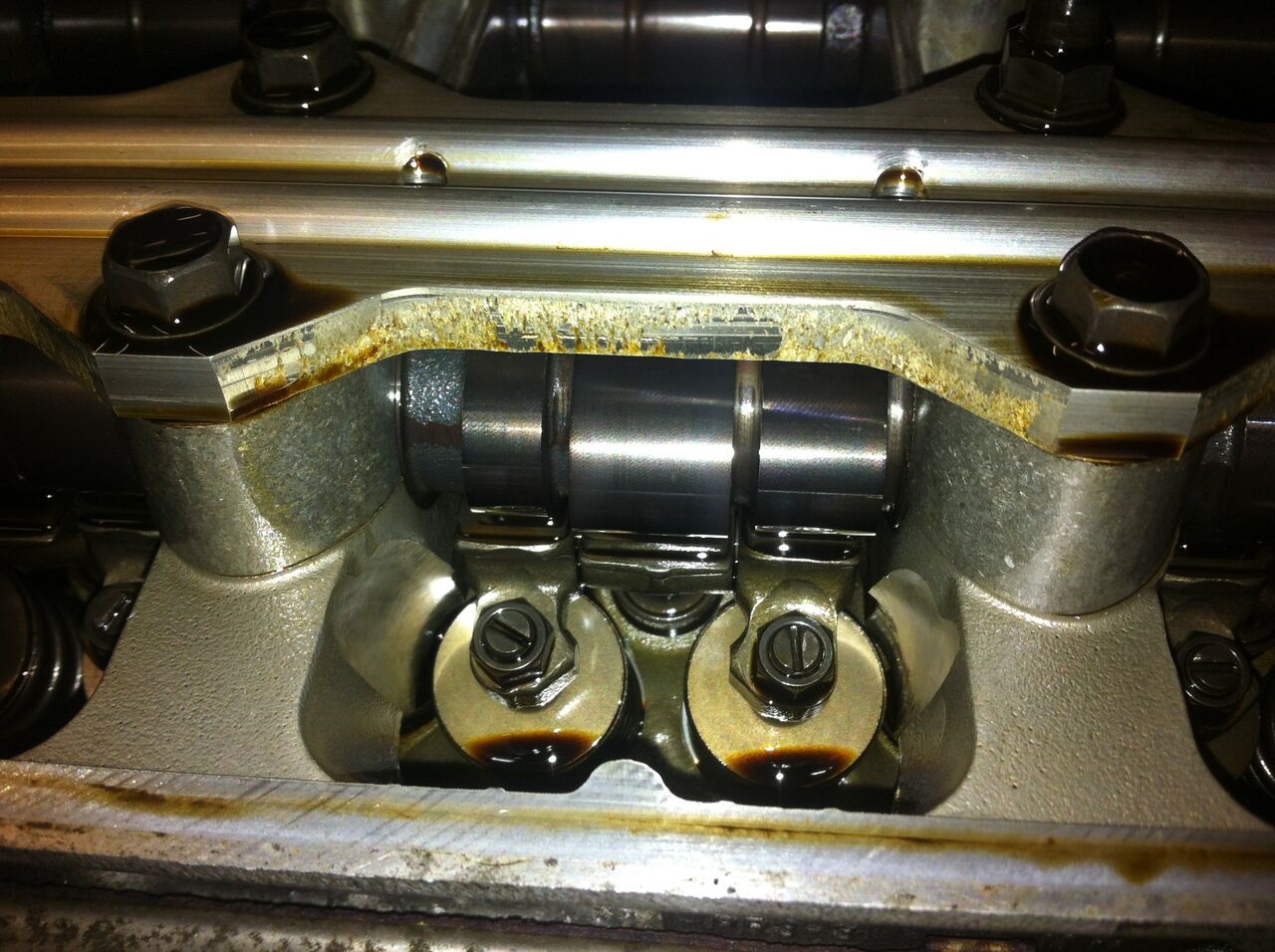 Since then I've been slowly gathering parts, with the goal to have almost everything in front of me before taking the car off the road. Having now reached that goal (or thereabouts), I am now intending to swap a fresh and fully serviced B16A2 in on an EK4/9 subframe/steering rack, carry out a 5 stud swap using a mash-up of EK9/DC2 parts and strip the interior keeping only the bare essentials.

With a trackday at Players Classic show looming, the car has now been off the road for a few weeks and I've been spending the majority of the spare time I have getting on with it. This is where I'm at currently. I've stripped the majority of the interior and sound deadening, the Engine/box and subframe has been removed, all suspension has been removed and I've test fitted the seat to mark up eyelet bolt/plate locations. Of course none of this could've been carried out without running a big boy wire wheel through a couple fingers, and an afternoon spent in A&E getting rust removed from my eye. #2 Lesson learnt! 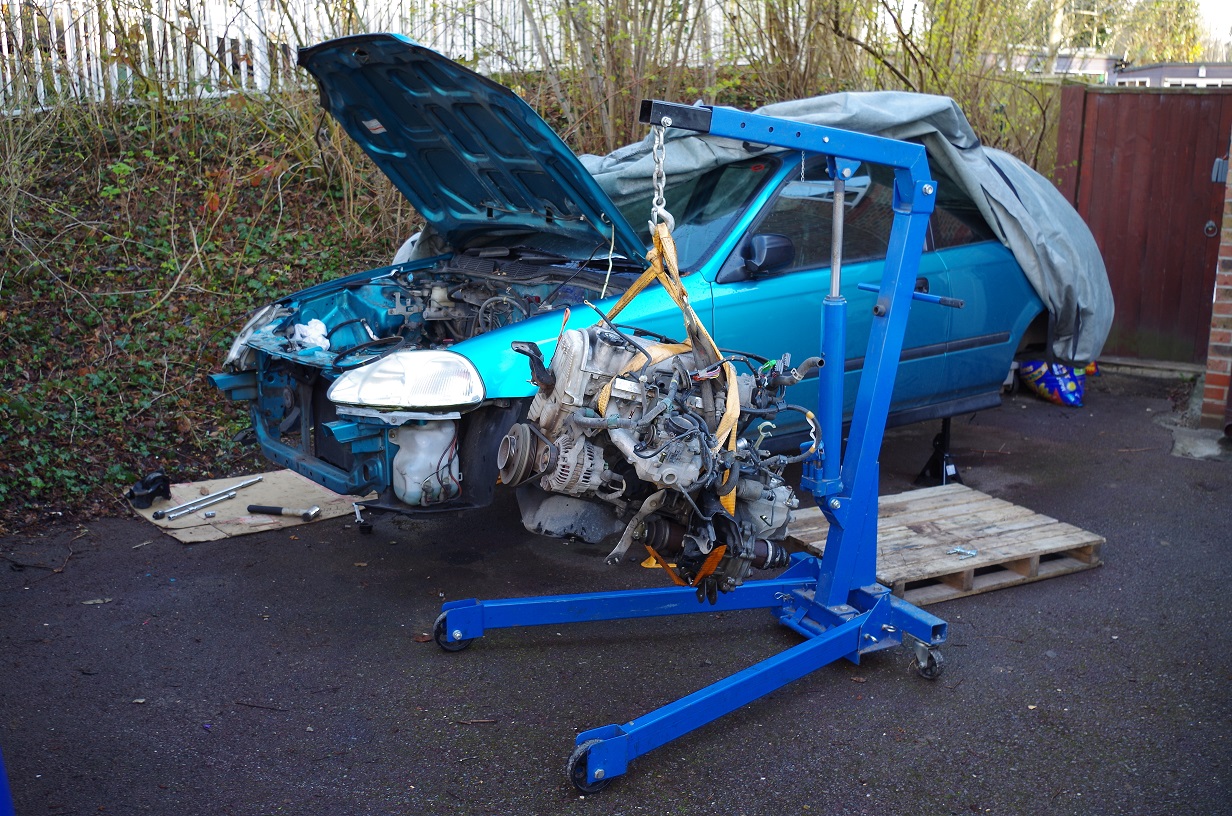 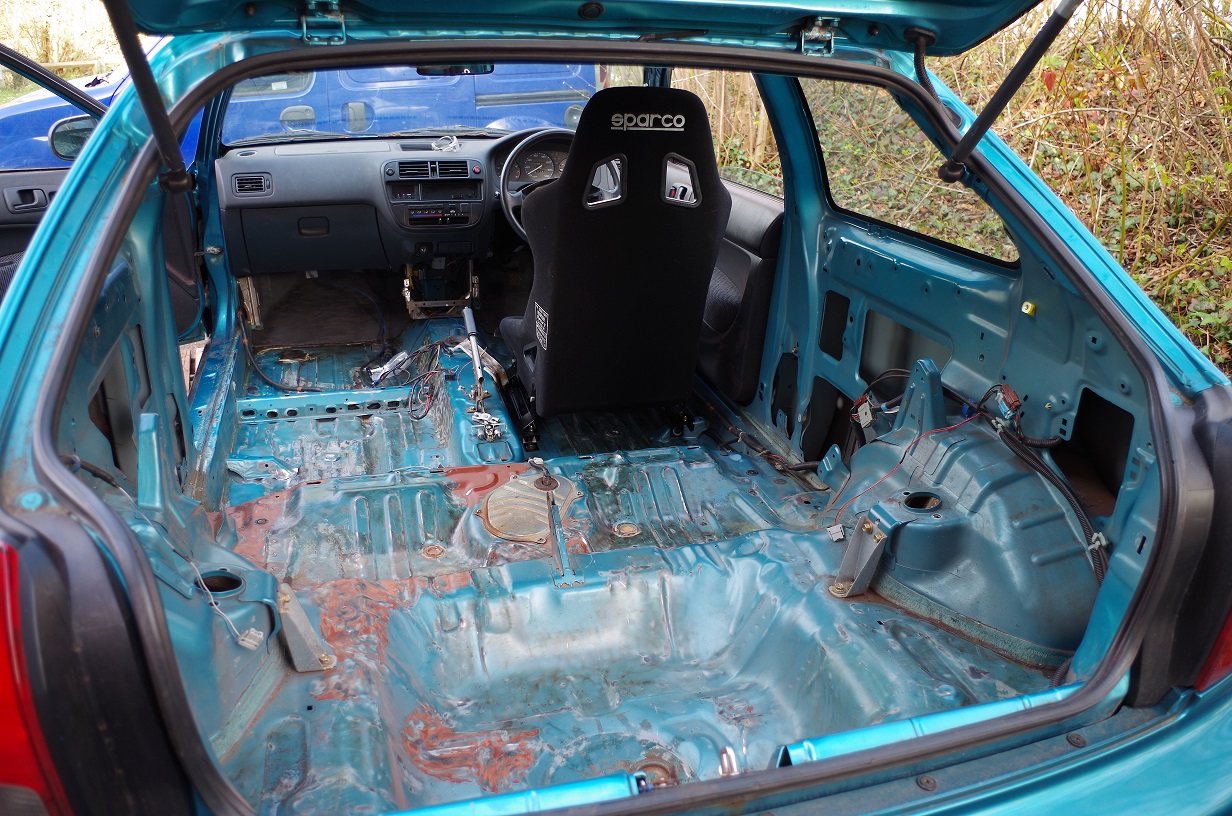 In the past week I've drilled the holes for the eyelet bolt strengthening plates, and had a mate who's a fabricator by day weld the plates in. Fear not, the floorpan will not be left in this state. 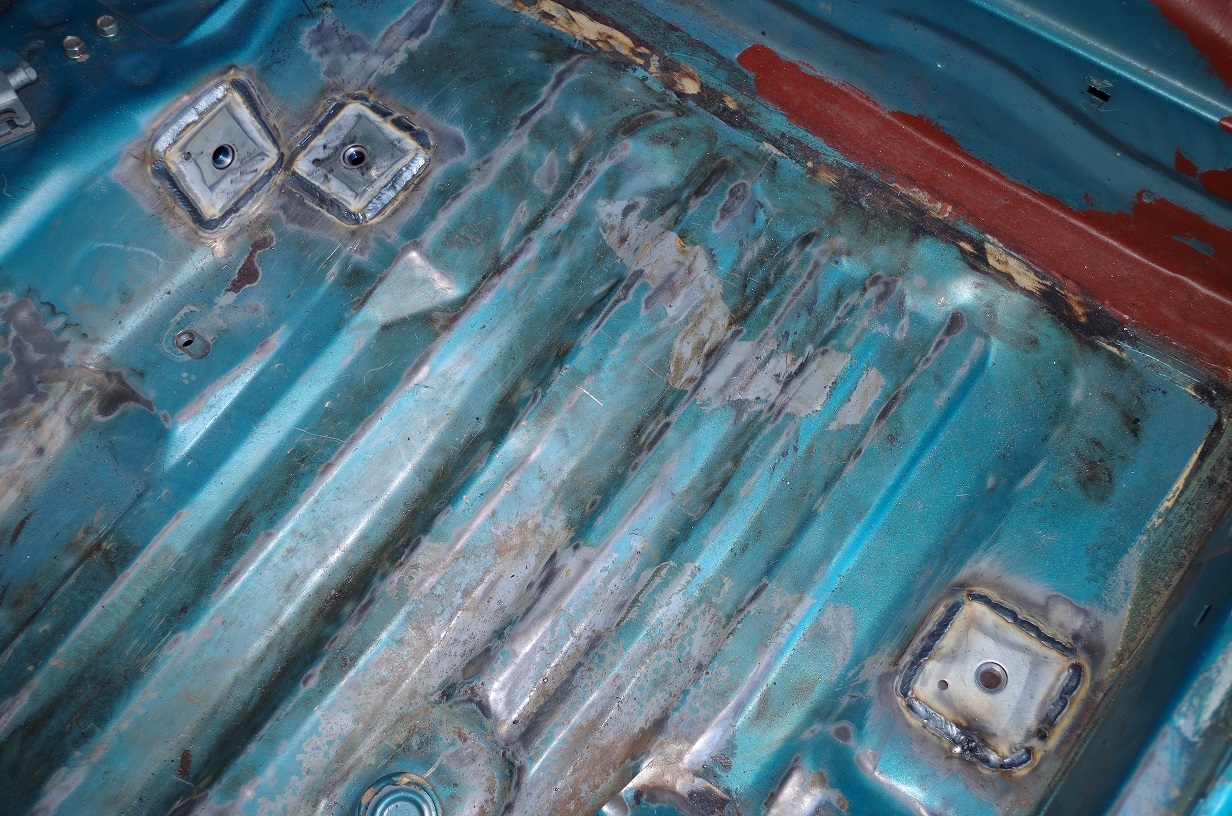 Made use of the ultrasonic cleaner at work to tidy the cam cover up a bit. 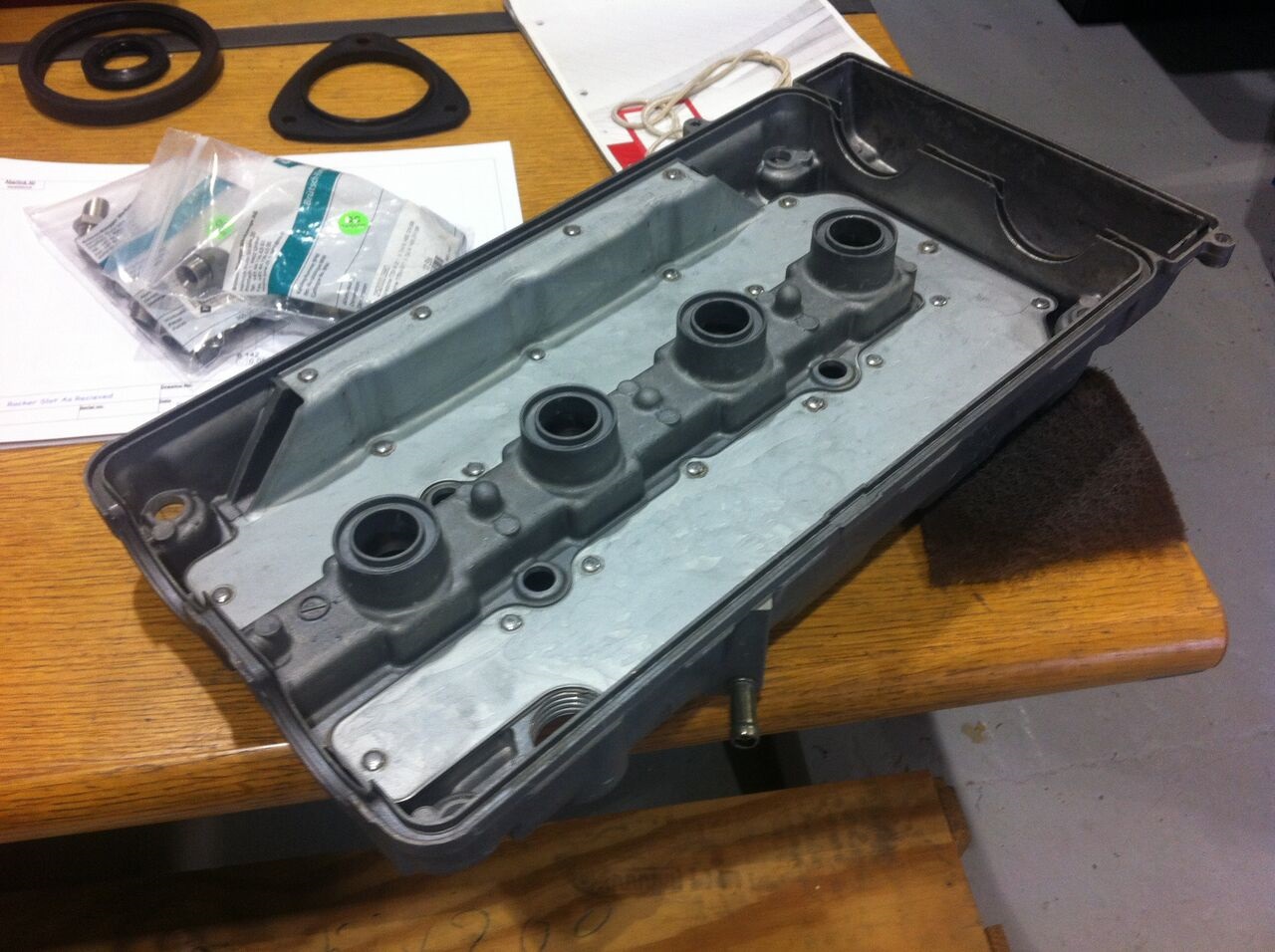 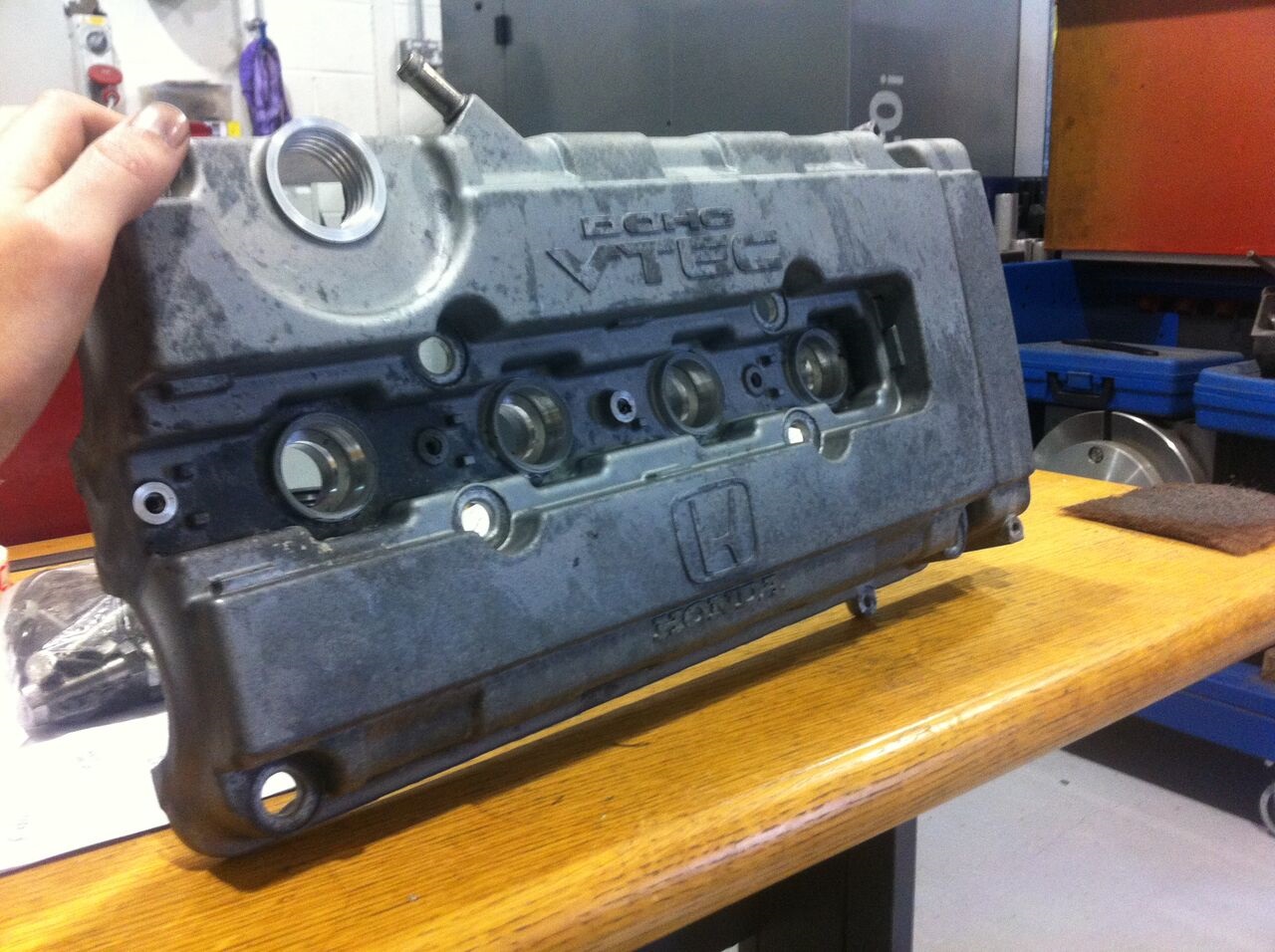 Painted the plug cover. At this point you may be noticing a fluctuation of quality between pictures, the poorer ones being taken by the vintage quality of an iphone 4. I can only apologize. 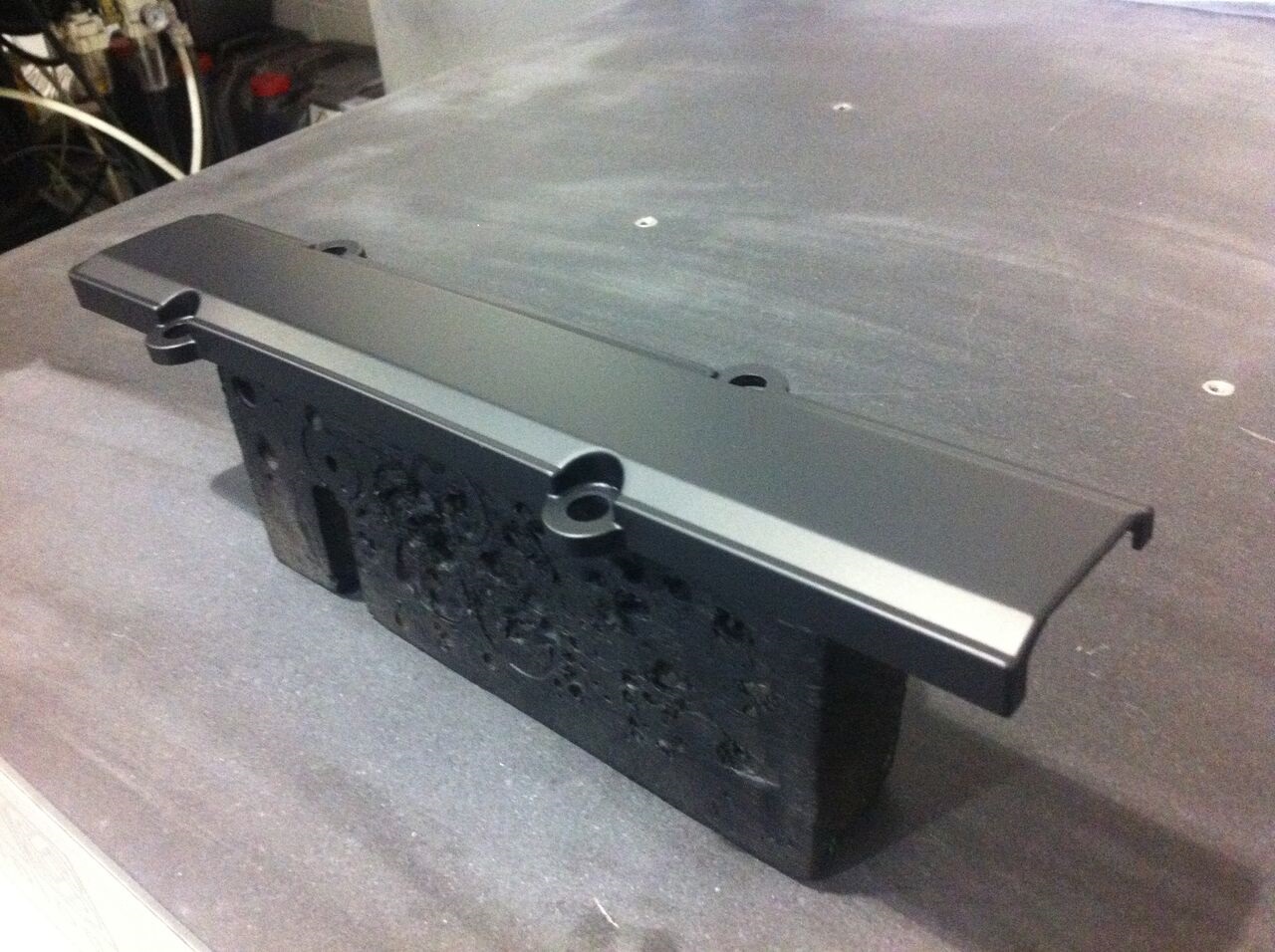 I've taken measurements off the column/wheel as I've got a Personal waiting to go on and I need to machine up a boss for it. At the same time I think I'll also need to solder in a resistor to stop the airbag light coming on; something I'm not particularly confident about as electronics are not my forte. I've also taken the dimensions I need off the car to make up a rear subframe brace, as I'm aware the rear subframe itself is a bit of weak point and will tear with an ARB on it with no brace.

At the end of this year I'm planning to get the car to a race-ready level and potentially compete in a few races next year. I've scouted out a couple of championships over the past 6 months and am still deciding between two. At this point the car will still go into a class in either of them. Myself and my manager look after a guy who races classic Formula Ford's, I occasionally have to do a bit of track-side through my work, and I've also held an ARDS licence for nearly 3 years (despite using it only once!), so I have a reasonable understanding how that side of things works.

Anyways, I've got around 6/7 weeks to get the car to a roadworthy state. I've no doubt that some, if not many things will go wrong, but I'm hoping luck'll be kind to me for the most part. I'll try and keep this build thread updated as best I can for those that want a laugh at an amateur putting a car together with a silly deadline.

I've joined this forum as it seems to have one of the more knowledgeable and friendlier Honda-based communities, so any and all forms of feedback would be much appreciated.

Apologies, I think images can be viewed by everyone now.

Got a couple things done so far this week. Not the highest priority but I turned up a gear knob one evening, as the one that came with the b-series linkage had some weird greasy film on it that I had absolutely no interest in making contact with. 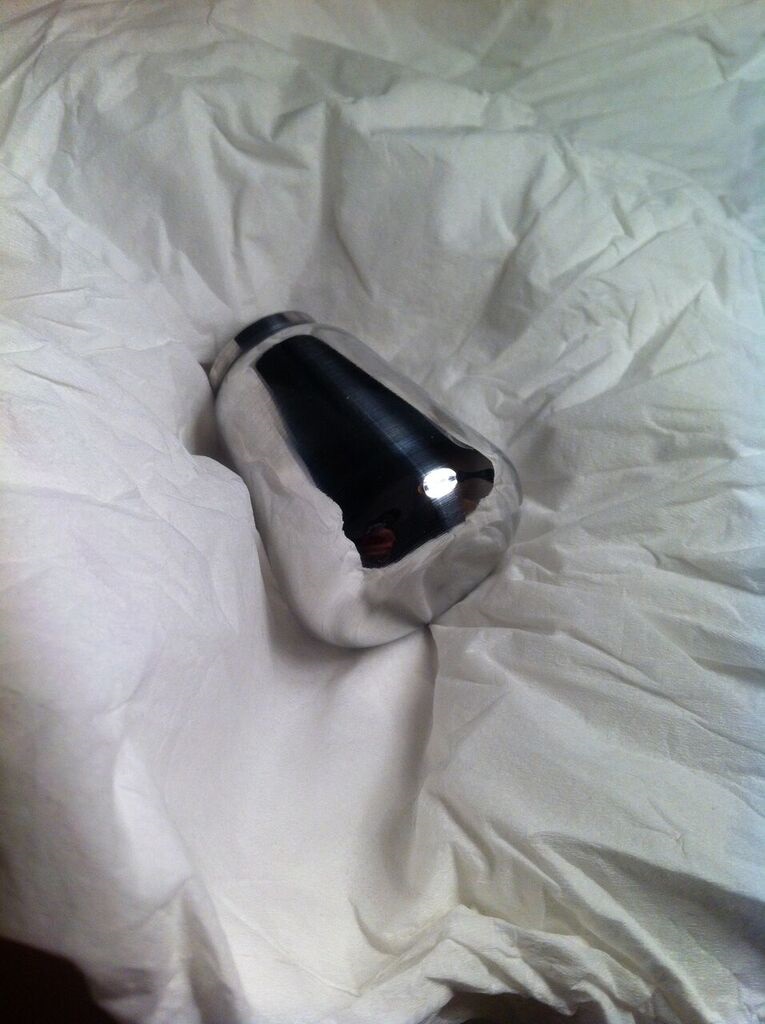 I've also began making a boss for the new wheel. I was originally gonna make a billet item out of high grade ally, and then get it splined out of house as we haven't got the tooling. I was slightly reluctant about using an aluminium spline, but after a bit of research and discovering that a fair amount of aftermarket bosses are hard anodized aluminium, I was reassured that it'd be absolutely fine. There was still going to be the inevitable downside on the cost to get it splined though, so I've began modifying the existing wheel/boss/plate 'thing' to save a bit of time and money. 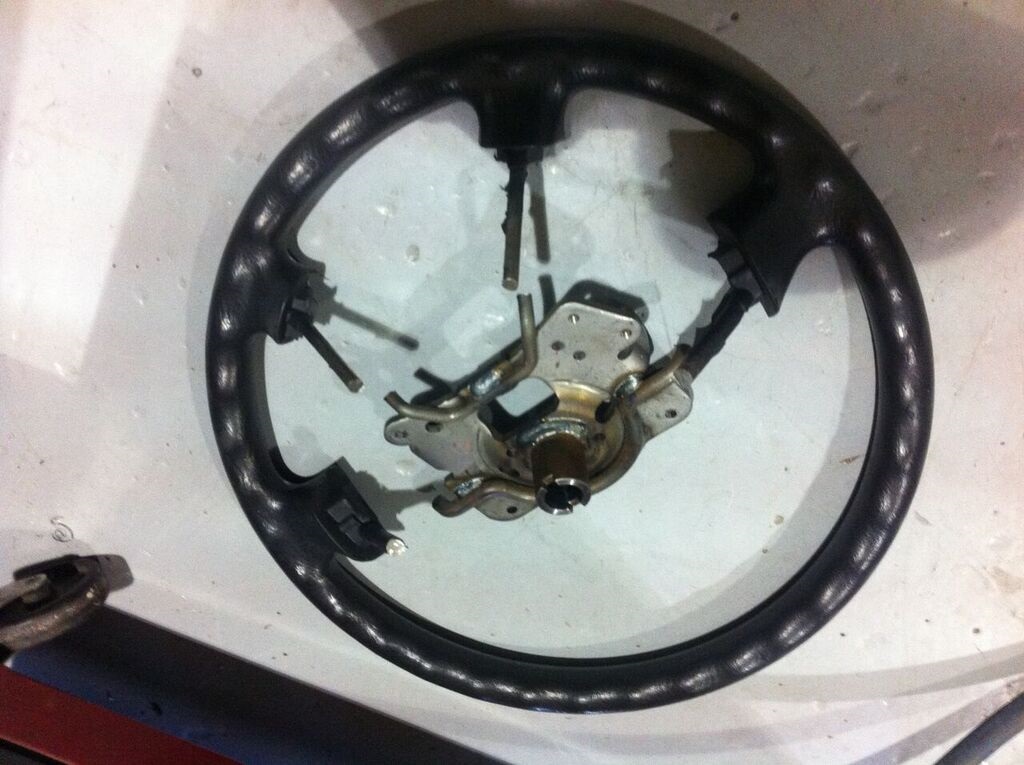 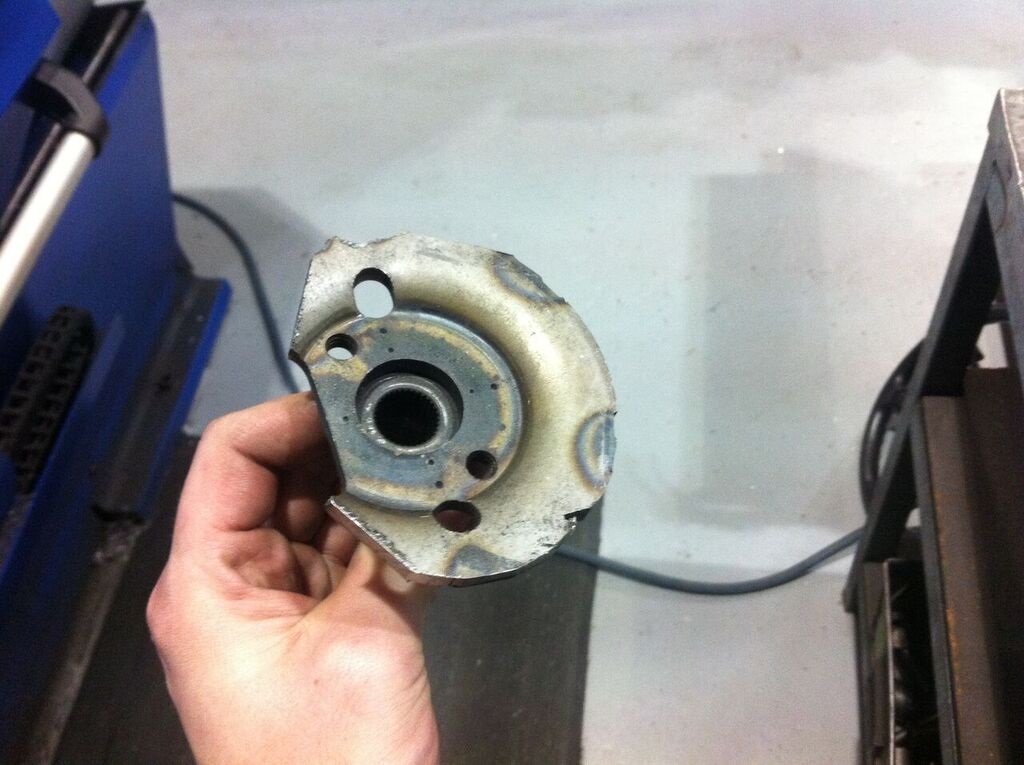 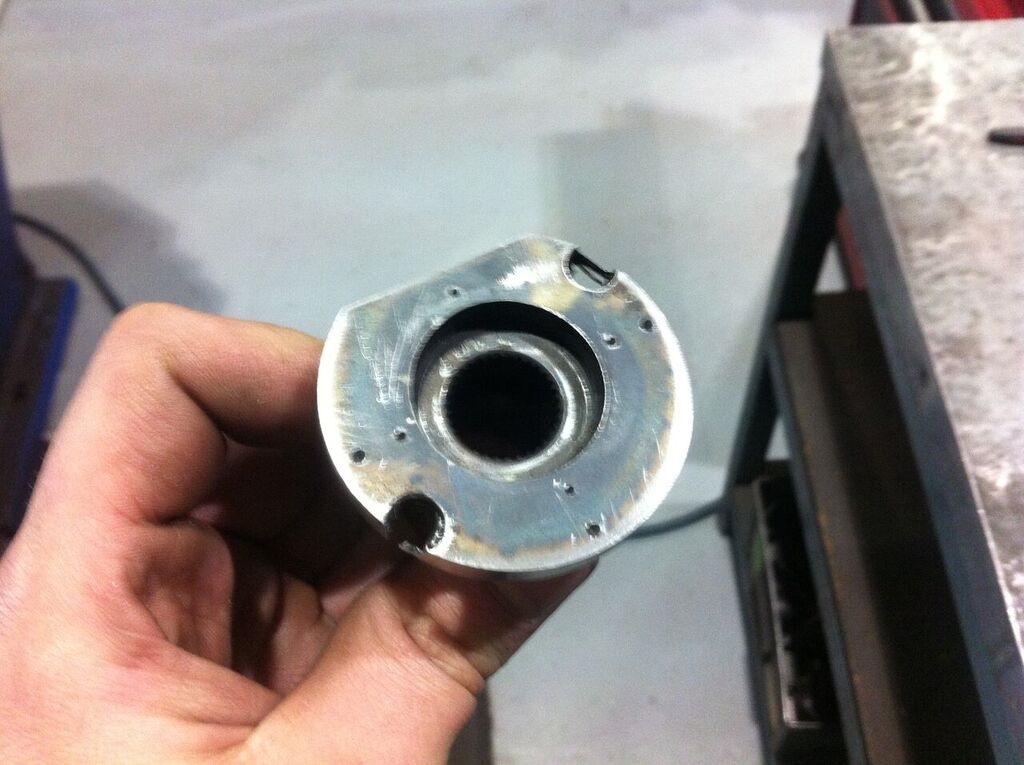 What I'm now intending to do is make a slim cup/plate with a much larger diameter that the item above will get welded into, giving me some room to put a PCD onto it. I'll then probably make an aluminium boss that'll have a PCD that matches that part at one end, and then a PCD that matches the new steering wheel at the other end. Not particularly technical by any means, but I reckon it'll look decent enough for the time being as it'll sit close up to the cowel like the factory wheel, and also means any silly doubt's in my mind about an aluminium spline wearing out are non-existent (even though they should be anyway!).