Got the rear bumper off...

I wanted to check what condition the rear crash bar was in... oh. 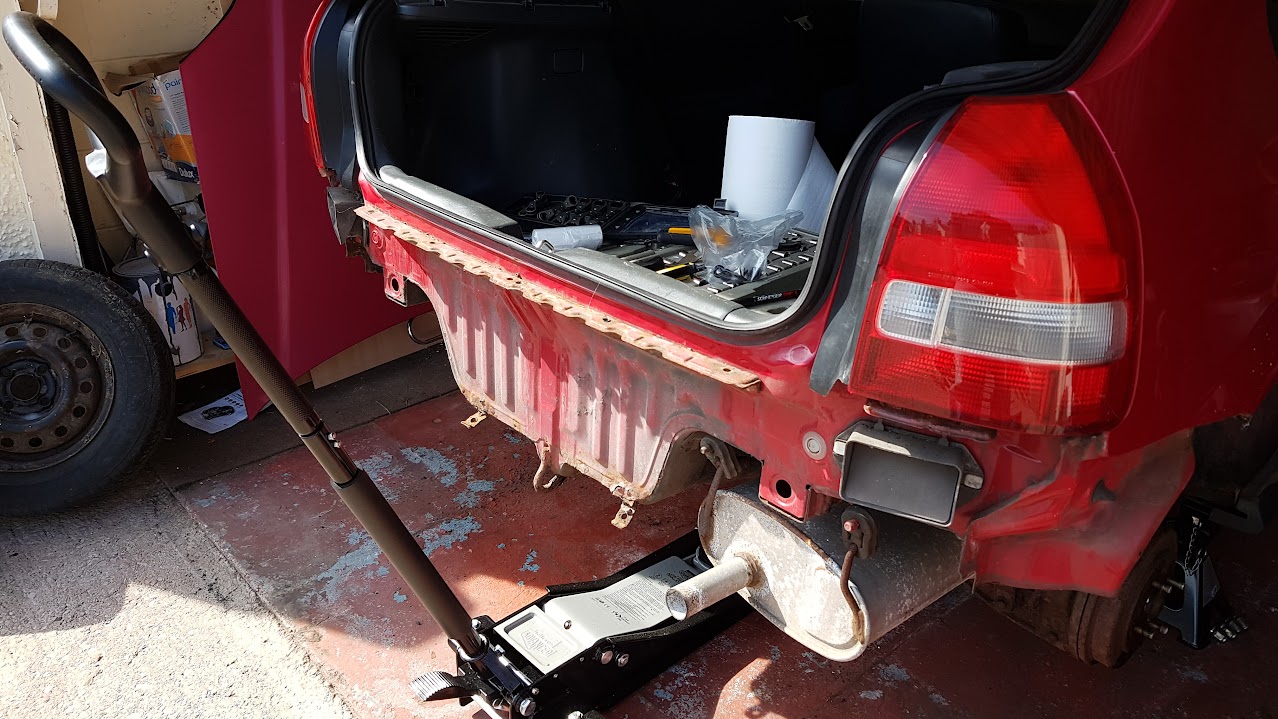 Also, I think the square sections that have been blocked off to make round holes are where a crash bar would be installed into (then bolted on via the boot floor)... so I probably have to open those up to get a stiffener/crash bar on there.

Also, when I got the wheels off, hahaha. Bushes? Rubber?

This car has a valid MOT

It's getting to a disheartening stage now... things have to get worse before they get better. You start off with something that looks like a nice, functioning car. You start taking it apart and it starts to look less like a car and you find more issues with it. The running gear parts are no issue at all, because they were all going to get thrown out for uprated parts... but it's the sills under the the side skirts, the arches (just usual rust parts), the bumper 'clip in' sections under the rear lights... urgh.
At what point do you decide it's cheaper to find a non-rusted shell? (so far, it does all look repairable as I found kits for the rear arches and sills)

It's always cheaper and better to find a clean shell, the problem is finding one. I gave up looking, sold the Civic and bought a TVR for that very reason, worst case scenario I can buy a whole brand new chassis and the rest simply will not rust.

Yeah, it's the logistics of it really, isn't it? Would have to go to a person to check for myself if it's truly rust free and not just repainted and/or photos taken at special angles with special lighting. Then the issue of.. it's a shell... it would need a flat bed to get home and home it doesn't get damaged in the process.
I'll see how it goes. Local body repair guy does VW T1 and T2s, so must have some experience with dealing with just. For the most part, it's all good and you can get replacement weld on sills and rear arches.
Fingers crossed for the rest (bottom feels like it's fine and just has some of the protective coating coming off)

Nothing there that would fail an MOT.
Those RTA bushes are in "ok" condition. You should see a bad one!
Rust very minor surface rust.
If you did have a rear bar it would be rusted through and gone by now. It being gone - not an MOT issue.