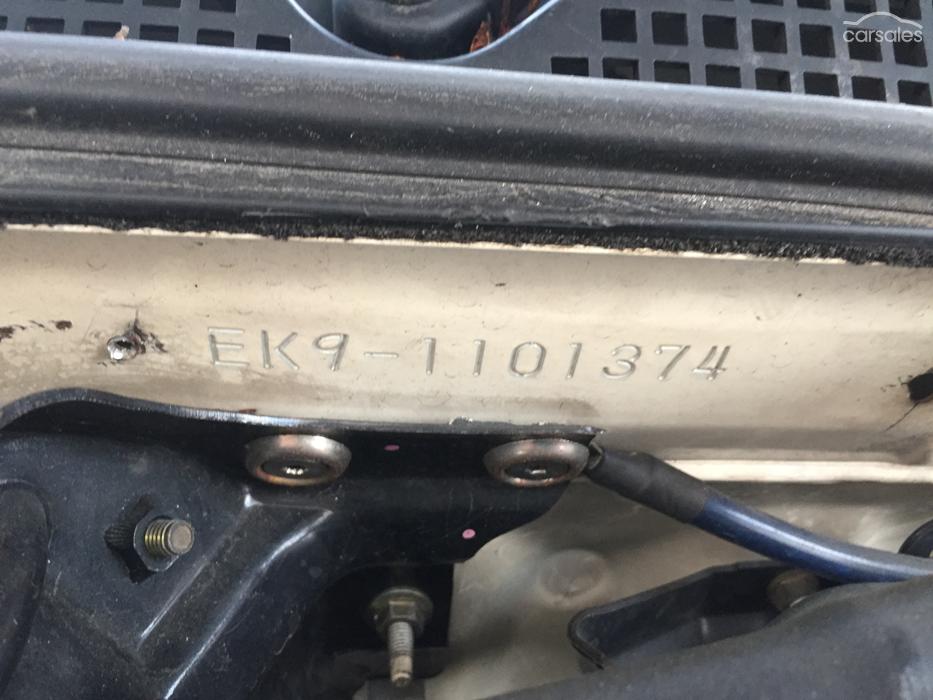 Looking to buy I am located in Australia just wondering what I need to look for to determine real v copy. Real car has just come onto the market would this help to confirm real?

All EK9s start with EK9-xxxxxxxxx as far as I know.

If it's been imported it will probably have a separate VIN/mod plate somewhere (if complied and road registered locally) else but the original should be etched into the chassis somewhere (looks like it's under the wiper sill on the firewall there).

As with all type r variants you'll have the standard red interior, red recaros, momo Honda wheel, 5 stud brake/wheel set up, double wishbone suspension just a few easy things to look out for - the motor should obviously be a B16B if kept in original form which you can find etched into the block/gearbox casing (not sure where it technically lies) and the gearbox has a factory LSD (someone else might be able to tell you exactly what the code is though).

Import papers would be a plus, I'd imagine someone with an EK9 in Australia would have kept them given they are very uncommon.

Did you buy this car?